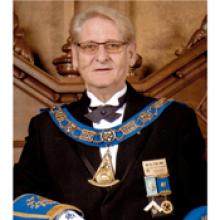 STANISLAO (STANO) SPINA It is with great sadness the family of Stano Spina announce his passing on Tuesday, February 9, 2016 at the St. Boniface Hospital after a long, hard fought battle with liver disease. He leaves to mourn his passing, wife Linda; son Giovanni (Bryanna) and their three children Ilia, Mauro and Lissandro; daughter Luisa (Martin) and their two children Katie and Dylan; step-daughter Kate (Greg), stepsons; Philip (Vicki) their two children Tristan and Kaleb; Matthew and his children Jesse and Dylan; his brother Vince (Rose), and their children Luisa and John. Stano was predeceased by his mother Luisa and father Giovanni. Stano was born in Southern Italy in the province of Cosenza on November 23, 1943. In 1960, along with his parents and brother they immigrated to Canada and landed in Winnipeg where he already had some family. For the past fifty years he owned and operated Stano's Coiffures. Stano had a deep love for Opera and had been involved with the Manitoba Opera since 1972, serving in many capacities. He has appeared on stage in over 55 operas, served on the Board of Directors, served on the guild as President for two years and was a member of the auxiliary. He has also chaired many fundraisers for them. Stano had been a very active member with the Khartum Shrine, having received his twenty-five year pin in November of 2010. He had dual membership in Vintage Cars, where he drove a 1970 Spyder convertible, and the Pipes and Drums where he played tenor drums. He served as president of Vintage Cars in 2000-2001 and also as their Treasurer. He was a member of the Order of the Eastern Star and served as Worthy Patron of Queen Winnipeg Chapter No. 1 five times. He was given the honour of serving as Grand Marshall for the Grand Chapter of Manitoba, has served on the Board of Directors for the Eastern Star Chalet and was appointed Grand Representative to the State of Washington. He was recently given the honor of being appointed The Grand Representative to the Grand Chapter of Italy in Manitoba. He was looking forward to going to Italy in the spring to attend the Grand Chapter of Italy. He has written, produced and directed many plays as fundraisers. Stano Spina was initiated into Fort Garry Lodge No. 130 in 1982 and served as their Worshipful Master in 1990. He served as DDGM of the Twelfth Masonic District in 2000-2001. He was a member of Keystone Lodge No. 185, he also served on the Board of Directors of the MMT Inc. for many years. Stano was elected to the Board of General Purposes and served there for nine years before beginning his journey to the Grand East. He is a member of the Royal Arch Masons of Manitoba and the Preceptory. He was a proud member of Tongue River Lodge in Cavalier, North Dakota. The family extends a special thanks to the staff at St.Boniface Hospital, especially Dr. Clifford Yaffe, who's wonderful care extended Stano's life by a few more months. Visitation will be held on Monday, February 15, 2016 at the Coutu Funeral Chapel, 680 Archibald Street from 7:00 p.m. to 9:00 p.m. A funeral service celebrating Stano's life will be held on Tuesday, February 16, 2016 at 1:00 p.m. in the Masonic Memorial Centre, 420 Corydon Ave. In lieu of flowers, if friends so desire, donations in memory of Stano may be made to the Masonic Foundation of Manitoba care of 420 Corydon Ave., Winnipeg, MB, R3L 0N8 or the Canadian Liver Foundation Manitoba Chapter at 375 York Ave., Winnipeg, MB, R3C 3J3. The Coutu family in care of arrangements: E.J. COUTU & CO. FUNERAL DIRECTORS 680 Archibald Street 204-253-5086 ejcoutu.com