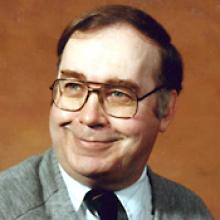 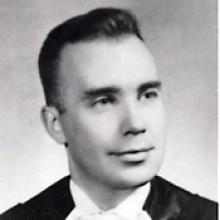 DR. FRANK GUNSTON CM, BSc.Eng(E), MD, FRCS(C), Orthopaedic Surgeon (retired) Frank passed away peacefully at his home in Brandon on Monday, February 15, 2016 at the age of 82. Lovingly remembered by Sharleen, his wife of 47 years, his children John of Brandon and Jennifer of Winnipeg, sisters Joan (Seaforth) Lyle of Naples, FL and Judy (Terrence) Grandstaff of Virginia Beach, VA, his extended family and friends. Born in Flin Flon, MB, the oldest child of Leonard and Myrtle (nee Anderson) Gunston, Frank attended the University of Manitoba, and gained his Engineering degree in 1957, and his MD in 1963. During further study in England, he designed and developed a revolutionary total knee prosthesis. Numerous achievements and accolades followed, including the McLaughlin Travelling Fellowship (Sweden and Finland, 1971-72), Assistant Professorship (Surgery, Orthopaedics) at the U of M Faculty of Medicine, active appointments at Winnipeg General Hospital, the Children's Centre, the Manitoba Rehab Hospital, and later practice in Orthopaedics and joint replacement at Brandon General Hospital. He received the Principal Manning Award for Innovation (1989) for the knee prosthesis, was named Distinguished Surgeon by the Canadian Orthopaedic Association (1994), received the Order of Canada (1997), and the Manitoba Medical Association Scholastic Award (1998). Following his retirement in 2000, he also received the Queen's Golden Jubilee Medal in 2002, and the Diamond Jubilee Medal in 2012. Frank's other passions included building scale live steam engines, restoring antique cars, his love of dogs, and playing music - having played trumpet since high school, and being a long-standing member of many bands and local community ensembles. A Service of Remembrance will take place at Memories Chapel, 330-18th Street North, Brandon on Monday, February 22, 2016 at 1:00 p.m. A reception will follow at Memories Chapel. If friends so desire, donations may be made to the Brandon Humane Society, 2200-17th Street East, Brandon, Manitoba, R7A 7M6 or to Funds for Furry Friends, #208 - 740 Rosser Avenue, Brandon, Manitoba, R7A 0K9. Expressions of sympathy may be made at www.memorieschapel.com. Arrangements with Memories Chapel, Brandon, 1.855.727.0330.