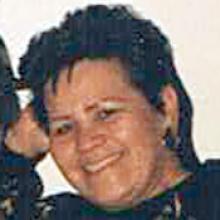 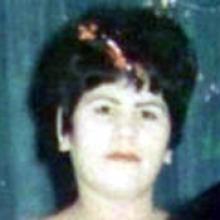 MARY LILLIAN BOYKO December 2, 1941 - March 14, 2016 It is with great sadness that we announce the passing of our precious mother, grandmother, great-grandmother, sister, aunt, cousin, niece and friend at the age of 74. Lillian was predeceased by her father Edward, mother Veronica, son Baron, grandsons Lionel and Justin, and sisters Norma, Julie and Annette. She will be deeply missed by her sons Lionel (Darlene), Raymond, Murray (Teresa), Vince (Corrine), Carl, Barry, and daughter Tracy (Terry), as well as grandchildren Carrie, Albert, Ryan, Murray Jr., Miranda, Shamus, Adam, Savannah, Devon, Meagan, Vance, Jodie, Kaitlyn, Paris, Payton, Piper and Paige, and many great-grandchildren. She also leaves to mourn her sisters Jean, Karyn, Iris, Marlene and Denise (Alvin), and brothers Edward (Marie), Leon and Alvin (Pat), as well as many nieces, nephews and cousins. Mom was a kind-hearted person who loved to laugh and make others laugh. She shared her many talents with the family such as, cooking, baking and sewing to name a few, and always offered what she had whether it was a meal or a place to stay, her door was always open as well as her heart. She was a gentle soul that many sought much comfort in having talks with and she always offered an ear and some sage advice. She enjoyed helping where she could, by cooking and singing for others who were on their journey home, and she taught many of us to have the same respect and do the same leading by her example. The family would like to thank the doctors and nurses at the Selkirk Hospital who treated and cared for her with dignity and respect, as well as Doctor Lambrechts. Wake services are currently being held at the St. Alexander Roman Catholic Church on Sagkeeng First Nation as well as the Funeral Services on Thursday, March 17, 2016 at 11:00 a.m. Condolences may be sent to the family c/o Spirit Road Funeral Services Inc., PO Box 200, Fort Alexander, MB, R0E 0P0, 204-340-6490 or friends may leave a message of sympathy at spiritroadfs@shaw.ca