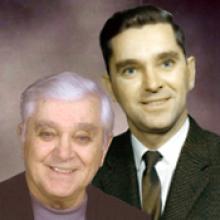 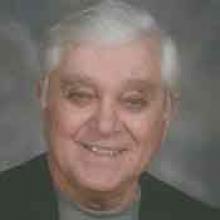 MICHAEL LLOYD BALITSKY Michael Balitsky, 90, of Brandon, Manitoba, passed away Easter Sunday, March 27, 2016. He is survived by Diana, his loving wife of 50 years; sons, Mark and David; nephews, Al and Larry; nieces, Elsie, Shirley, Angie and many more. Born September 21, 1925 at Stead, Manitoba, where his parents Anton and Mary immigrated to the farm from Poland circa 1907. He was the youngest of nine, having three brothers and five sisters, all now deceased. Passionate about people, he began his teaching career by 1947 in one room school houses for small towns like Beaconia, Stony Point, Lyleton and Libau. In 1959, he moved and taught in CFB Shilo, where he retired in 1988. Bro. Mike was a proud 4th Degree member of the Knights of Columbus for 52 years. He enjoyed some 20 years square dancing with the Shilo Prairie Schooners since 1969. Always involved with his two sons, he volunteered his time as a leader with Scouts Canada, mentoring his boys and others through Beavers, Cubs, and Scouts. Michael had a great love of gardening, walking the family dog, feeding and watching the birds, and playing cards. He will be missed. A special thank you to palliative care at Brandon General and Prairie Mountain Health for making his final days as comfortable as possible. Mass of Christian Burial will be celebrated at St. Augustine's Church, 327 4th Street, Brandon, on Saturday, April 9, 2016 at 11:00 a.m. with Celebrant, Rev. Fr. Patrick Neufeld. A reception will follow at St. Augustine's Square. Donations in memory of Michael may be made to a charity of choice. Expressions of sympathy may be made at www.memorieschapel.com. Arrangements with Memories Chapel, Brandon 1-855-727-0330
Publish Date: Apr 2, 2016

MICHAEL LLOYD BALITSKY 1925 - 2016 Husband of Diana, father of Mark and David, passed away suddenly early Easter Sunday morning, March 27, 2016, in Brandon, at the age of 90 plus years. After a lengthy battle with cancer, he is free of pain and in the arms of the Lord Jesus. Cremation will take place. A Celebration of Life will take place at a later date. Complete obituary and announcement of details will follow. Expressions of sympathy may be made at www.memorieschapel.com. Arrangements with Memories Chapel, Brandon 1-855-727-0330.
Publish Date: Mar 29, 2016