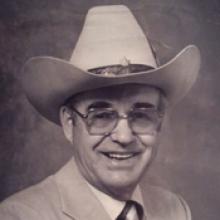 (JOHN) WILLIS KIEPER After a long life, well lived, (John) Willis Kieper, late of Russell, Manitoba died peacefully on April 27, 2016, six weeks and two days shy of his 100th birthday at the Assiniboine Centre in Brandon. Willis was predeceased by his beloved wife Lorena (Tony) (nee Adolphe) in 1983, his great-grandson Brady in 1991, parents, and brothers: Tom, Ross, and Alex, and stepson Don Thickett. He is survived by his second wife Verna (Evans), son Jim (Brian Spilak), daughters Judy (Kelly Caughlin), Jan (Ron Payne), daughter-in-law Rose Kieper, stepdaughters Gail Thickett and Joyce Evans (Tim Lee), and sole surviving brother Bill Kieper. His legacy continues with his grandchildren Tom and Cindy Kieper, Teresa and Curtis Boucher, Richard and Tracy Kieper, Sue Caughlin and Lance McKinley, Mark Caughlin and Kendra Gaede, Paul and Diana Steiner, Josh Payne and Susan Ewasko, Brett Payne, Douglas and Daniella Thickett, Kim Thickett and Rod Marks, and great-grandchildren Ashton, Wyatt, Lane, Luke, Carter, Matthew, Alexander, Tyler, Jenna and Brianna. Willis was born June 10, 1916, the fourth of five sons, on the family farm located in the Minniska District to parents Julius and Lettie Kieper. He had little formal education, leaving school in the eighth grade, but became a lifelong learner in attitude and practice. While in his teens, Willis developed a successful mink fur business with his brother Alex as a sideline to the family farm, until the late '30s. He took over his father's farm in 1940 and in 1941 married Lorena Adolphe of Russell. In the early 1950s he began developing a purebred registered Hereford herd and by 1963 Willis and son Jim formed a farm partnership under the name of Half Diamond K Ranch. Over the years they earned first place ribbons and Grand Champions at winter fairs and cattle shows. A pinnacle in 1973 saw Half Diamond K take the championship in every category of Hereford bulls at the Brandon Winter Fair. Willis was Named to the Canadian Hereford Association Honour Roll in 1984. Willis was involved in many farm organizations serving as a director of the Manitoba Beef Grower's Association and the Manitoba Cattle Producer's Association. He was Manitoba Director for the Canadian Hereford Association and then it's president in 1972. While president and head of the Canadian delegation, he and Tony travelled to England and then South Africa to attend the World Hereford Conference. Their grandchildren enjoyed many years of Grandma Tony's slide shows from that journey featuring English countryside, city of London, and their safari in South Africa. Willis joined the Masonic Order in 1960 served as Master of the Russell Masonic Lodge in 1967, and past District Deputy Grand Master of Fifth Masonic District. He was a lifelong member of the United Church first in Minniska, then Russell Knox United, and Trinity United in Brandon the last three years. Willis married Verna Evans and they moved to the town of Russell in 1987. They resided there until August of 2012 when they moved to Victoria Landing Assisted Living in Brandon. A celebration of his life will be held at Knox United Church, Russell, MB at 2:00 p.m., Monday, May 2, 2016 with Rev. David Howell officiating. Interment will follow in the Russell Memorial Gardens. If friends so desire donations may be made to CancerCare Manitoba. Remembrances and condolences may be emailed to bbfs@mymts.net Braendle-Bruce Funeral Service of Russell are in care of arrangements. (204) 773-2747