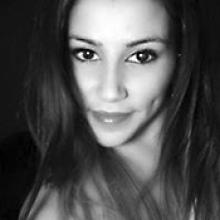 EMMY LOU BRUYERE WHITE EAGLE THUNDERBIRD WOMAN February 6, 1994 - August 14, 2016 It is with great sadness we announce the sudden passing of our dear Emmy Lou Bruyere at the age of 22, on Sunday, August 14, 2016. Emmy Lou is survived by her son Brandson; her parents, Corinne and Brad; siblings, Erin, Anthony, Sean, Andrew, Kerry, Dominique, Chloe, Madison, Landen and Kamara; grandparents, Lloyd and Arlene Guimond and Calvin; and numerous aunts, uncles, cousins and friends. She was predeceased by her grandmothers, Norma and Alma and uncle Trevor. Emmy Lou grew up in Sagkeeng First Nation. She enjoyed spending time with her son, family and friends. It was never a dull moment with Emmy and she loved an adventure. Emmy lived her life to the fullest and by this motto: "Live well, Love lots, Laugh loud." Wake service is being held at the St. Alexander Roman Catholic Church Hall Wednesday, August 17 to Saturday, August 20, 2016. Funeral service will follow in the Church on Saturday, August 20, 2016 at 1:00 p.m. Interment in the St. Alexander Cemetery. Condolences may be sent to the family c/o Spirit Road Funeral Services Inc., PO Box 200, Fort Alexander, MB, R0E 0P0, 204-340-6490 or friends may leave a message of sympathy at spiritroadfs@shaw.ca.