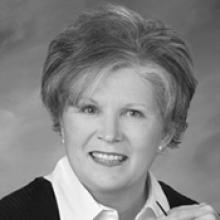 BARBARA WESELAKE (nee MILLS) July 11, 1947 - Brandon, Manitoba July 29, 2016 - Calgary, Alberta Barbara Elaine Mills Weselake, age 69, passed peacefully with her family by her side. She is survived by her husband, Jerry, son Evan and daughter Joanna, daughter-in-law Janna, grandchildren, Zoe, Cove, Roam and Solomon, brothers Don and Warren, and sister Cathy. Barbara was an original. We have lost a truly beloved and precious soul, too soon. Her career began in the 1960s as a Junior Executive at Eaton's in Winnipeg, managing a young women's fashion department, At that time, she also wrote a Fashion and Lifestyle Column for the Winnipeg Tribune, and contributed Public Affairs commentaries to Radio Station CKRC. Barbara then married and went to Chicago with her husband, where she secured a management position at the Charles A. Stevens Women's Department Store on State Street. She also continued to send radio commentaries to CKRC in Winnipeg. Barbara returned to Winnipeg in the 1970s, and worked at the Manitoba Theatre Centre as Director of Public Relations and Advertising. She soon was working for the CBC in Winnipeg hosting a late afternoon drive-home radio show. While there, she created a weekly TV program called "Family Focus". She also created a TV documentary called "Babies Having Babies" that focused on young teenage prostitution in Winnipeg. This documentary won her an Award for Best Documentary from the Association of Canadian Television and Radio Artists. She was frequently a Special Guest on a favourite Canadian TV show "Front Page Challenge". Subsequently, she founded Quantum Learning Inc., Her company was very successful with clients from all over North America. As she matured, she focused on Keynote Presentations and Executive Coaching, which she found most gratifying. In her personal life she was devoted to her family. She married Jerald Weselake in 1970, and they raised a son, Evan, and a daughter, Joanna. They built an island cottage in the Lake of the Woods and cherished many summers there, swimming, fishing, boating and sailing. Her favourite time was visiting by a campfire with family, friends, and especially grandchildren, roasting marshmallows. Barbara was always generous with her time, energy and resources. She was a loving wife, daughter, sister, mother, and grandmother. Barbara was an original. She is already sorely missed. We have lost a truly beloved and precious soul, whose kindness, grace and thoughtfulness will live through her family, and friends lucky enough to have known her. A Memorial Celebration of Barbara's life will be held 2:00 p.m., Wednesday, August 24 2016 at Redwood House, 1 Manyhorses Drive, Redwood Meadows, Alberta. Memories of Barbara can be sent to email: jweselake@live.ca to be shared at the event. In lieu of flowers, memorial tributes may be made to your charity of choice.