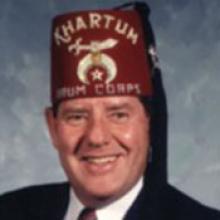 DOUGLAS RAMSAY MCELREA It is with great sadness that we announce the peaceful passing of our beloved father and grandfather, Doug McElrea ("Big D"), on August 25, 2016, at the Grace Hospital with his children by his side. Dad will be lovingly remembered and deeply missed by those he most cherished, his children - Kevin (Miriam), Kathy (Gerry), Susan (Glen), and Karen (Alan) as well as his grandchildren Daniel, Adriane, Riley and Cole and step-grandchildren Matt, Blake, Kevin and Reiss. Also left to mourn are his nieces and nephews, friends and neighbours. Doug was born in Winnipeg on August 5, 1931, and grew up in the West End with brothers Bill, Jack, Bob and sister Shirley. Too young to enlist with his brothers for the war, he proudly served in the Army Reserves. For the rest of his life Dad lived in St. James where he and our mom, Anita McElrea, raised the family. For nearly 40 years Doug had a rewarding career with the Manitoba Telephone System until he retired as Sales Manager of Government Accounts. In the early years Dad enjoyed our tree farm and "caboose" at Birds Hill Park including horses, target practice and campfires with family. In 1973 Dad and Mom bought the War Eagle Lake property and built the cabin which we have enjoyed as a family for over 40 years our slice of heaven on earth. Dad was his happiest there when surrounded by family and friends. He took great pleasure enjoying a cigar and martini on the deck, fishing and holding court with his many stories, magic tricks and other antics. Dad was a proud member of the Khartum Shrine where he made many life-long friends. He particularly revelled in the Shrine Drum & Bugle Corps. where he managed his way in playing the glockenspiel. He enjoyed traveling to various cities to perform - Dad loved a parade! He was well known for his sense of humour, his ability to work a crowd and was a great Master of Ceremonies. After retirement Dad swam regularly, traveled and golfed but, by far, his greatest pleasure was simply spending time with his family of whom he was so proud and loved dearly. Thank you Dad for gifting us with so many special memories as a loving father. "Rest in peace Dad - we will hold you in our hearts forever." In lieu of flowers, donations to CancerCare Manitoba or a charity of your choice. A Celebration of Doug's Life will be held on Thursday, September 1, 2016, at Chapel Lawn Funeral Home, 4000 Portage Avenue, at 10:00 a.m. A private family interment will follow. For those who wish to sign the online Guest Book please visit our website. Chapel Lawn www.chapellawn.ca 204-885-9715