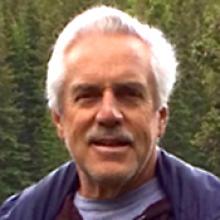 ROBERT DONALD AINSLIE With profound sadness, we announce the peaceful passing of Robert (Bob) Ainslie, at Foothills Hospital, in Calgary, AB, on September 16, 2016, at the age of 72. Bob bravely fought colon cancer for two years, along with the debilitating effects of treatments. Bob is survived by his wife Elaine and daughters, Laura-Lynn (Stephen) Richard, of Calgary, AB, grandchildren: Melissa, Matthew and Brendan; Shannon (Lon) LaBrash, of Montreal, PQ, grandchildren: Tanis, Daniel and Megan; Jennifer (Mark) St. Laurent, of Winnipeg, grandchildren: Ashley and Carley. The family, although deeply saddened by Bob's passing, would like to thank the doctors and staff of the Foothills Hospital, especially unit 102 for their compassionate care. Bob retired from teaching in 2001, which allowed for many enjoyable vacations with Elaine. Bob loved to golf until his health deteriorated. Cremation has taken place and a Celebration of Life will be held in Winnipeg at a later date. The family would gratefully appreciate donations to the Alberta Cancer Foundation. In memory of Bob, a tree will be planted in Fish Creek Provincial Park in Calgary.