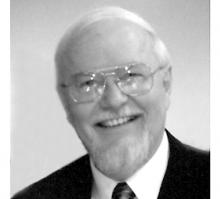 FRANK LOUIS CVITKOVITCH September 18, 1936 - October 24, 2016 Peacefully, on October 24, 2016, Frank Cvitkovitch passed away at the Victoria Hospital with family at his side. He was 80 years old. Born on September 18, 1936, Frank was the youngest of three children born to August and Mary Cvitkovitch who immigrated to Winnipeg from Austria. He attended St. Ignatius School and St. Paul's High School and received a Bachelor of Arts degree from the University of Manitoba (St. Paul's College). In 1961, he was an Honours Graduate of the University of Manitoba Law School and awarded the Isbister Scholarship. As an articling law student, Frank met and married Violet and together they raised two children. In the early years, the family spent many summers in Gimli where Frank enjoyed helping Violet's parents on the farm and being at the lake. In later years, the family time shifted to the Lake of the Woods. Frank became an avid fisherman, spending every opportunity, if not in the boat, then on the dock fishing in all weather conditions. Golfing was another passion that he shared with the "Racoon Tour", a group of long-time friends, Manitoba Seniors and with many special family members. Frank always supported his children in all endeavors and took great pride in his grand-daughter, always attending the many special moments which included musical performances, soccer tournaments and graduations. Frank was a man of faith and a life-long member of St. Ignatius Parish. He volunteered his time at the church in various capacities for over 60 years. He was a founding member of the Knights of Columbus Council 5808. He was involved in all levels of the Knights, and was well known and respected for his many contributions. He created many lifelong friendships during that time. Frank was the last surviving member of one of Winnipeg's oldest law firms, MacInnes Burbidge, where he practised law with his long serving staff. He was a man of integrity who cherished hard work and had many longstanding clients. He was appointed to the Queen's Counsel and an Honorary Member of the Canadian Bar Association. For many years, Frank served as General Counsel and Secretary of the Mortgage Loans Association of Manitoba and lobbied the Provincial Government regarding real estate laws and regulations. Throughout his career Frank volunteered much time and effort in community, school and church activities. He served on several boards; those dear to him were The Children's Aid Society of Winnipeg, The Catholic Parochial Schools Trustee Association, The Manitoba Federation of Independent Schools (MFIS), The Federation of Independent Schools, Canada, The Catholic Foundation of Manitoba and The Seniors Housing Corporation. With respect to these volunteer activities, his highlight was serving as a member and Chair of the Manitoba Federation of Independent School Committee which negotiated with the Government of Manitoba and obtained fair funding for all independent school children in Manitoba. After many years of ongoing negotiations and many changes of government, a practical and equitable solution was finally achieved. Frank's memory will be cherished by his wife Violet and their two children, Patti (Rob) and Ken, and granddaughter Hannah. He will be missed by many in-laws, nephews, nieces, and a community of special friends. Frank was predeceased by his parents August and Mary, brother Louis, and sister Eleanor. "Great souls never ever part and we believe that when we lose someone close to us that we love and cherish, they remain to still live through us and give us strength." Prayer Vigil will be held at St. Ignatius Church on Friday, October 28 at 7:00 p.m. and a Funeral Liturgy, officiated by Father Bert Foliot, SJ on Saturday, October 29 at 11:00 a.m. Entombment will follow in the Queen of Heaven Mausoleum on Monday, October 31 at 9:30 a.m. In lieu of flowers, donations may be made to the Catholic Foundation of Manitoba or to St. Ignatius Church. Special thanks to Dr. O. Prodan, Dr. P. Nemeth, Dr. V. Taraska and the staff at Victoria Hospital. Cropo Funeral Chapel, 204-586-8044