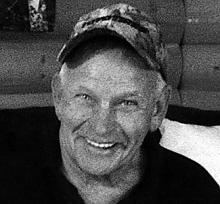 EDWARD ORVILLE WIEBE 1939 - 2016 It is with deepest sadness that we announce the sudden passing of our dear husband, father and grandfather, Edward Orville Wiebe on Monday October 31, 2016. He is survived by his loving wife of 55 years, Rita May (nee Friesen), his children, Cheryl Lynn (Lawrence), Jason Edward (Dione) and Sandra Leanne as well as his beautiful granddaughters, Claire Elizabeth and Abigail Victoria. Dad was born in Carman, MB on March 12, 1939 to Erdman and Helen (nee Klassen) Wiebe and was raised in the surrounding areas of Barnsley and Haywood, MB respectively. He loved to talk about his childhood days on the farm, both the joys and the struggles and laugh about the pranks they would play on each other - his brother, Wes, sister, Shirley and in the later years, his youngest brother, Donald. Ed and Rita married in 1961 and lived for a number of years in the Charleswood area of Winnipeg. There dad worked as a produce manager for Dominion Grocery stores and also worked for the Department of Highways. In 1968, dad and mom moved to Carman to begin a new venture and started their ownership of Ed's Tire Limited. Here they spent years raising their family and working to grow their business. During these many years, dad was always grateful for his customers across Manitoba, the community support in each location and for those who worked alongside him and mom. Through the busiest times, dad always treasured his times spent with family - his wife, his children and grandchildren, brothers, sister, in-laws, cousins, nieces and nephews. We were able to build amazing memories and experience some wonderful adventures together. Some of dad's favorite things: joking and kibitzing, time spent at the lake at Steeprock, playing cards with friends, travelling and experiencing different cultures, golfing (depending on the day), hot holidays, especially Mexico, VJ's hotdogs, George's fatboys with extra chili on the side and the original and then the return of the Winnipeg Jets. Dad had just attended the Heritage Classic games with his son and loved it. And last but not least, dad loved selling, fixing, stacking, rolling, repairing, inflating, talking about, describing, tellin' ya all about 'em - TIRES! Dad lived life large and with true grit. He did for others quietly and with real compassion. He cared about the people and communities he served and was a proud Southern Manitoba son. We love you so and always will forever, your loving family. Viewing will be from 3:00 p.m. until 5:00 p.m. on Saturday at Wiebe Funeral Chapel, 1050 Thornhill St. in Morden and at the church prior to the service. Funeral service will be held at 2:00 p.m. on Sunday November 6, 2016 at Carman Mennonite Church, 105 Main St. North in Carman with interment at Greenwood Cemetery. In lieu of flowers, donations may be made in Ed's memory to the Carman Area Foundation, Boyne Care Holdings or Siloam Mission. Wiebe Funeral Chapel, Morden In care of arrangements, 204-822-4755 wiebefuneralhomes.com