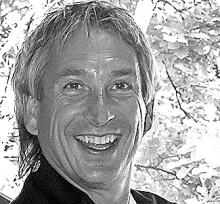 CHAD FRIESEN Like a champion Chad ended his journey on Wednesday, November 16, 2016, with his family and friends at his side. He will be missed by countless family and friends whose hearts have been touched forever. With a fiery spirit, Chad hit the ground running on August 20, 1969 with two loving parents, John and Irma (Gauthier) Friesen running after him. The first part of his life was in the Transcona area where he spent time with his only sister Tracy and numerous friends that Chad met through school. These friends remain his family today. As a young man, Chad enjoyed the summer sun at the lake in the Lac Du Bonnet area going dirt biking, golfing and many hours boating and water skiing. He was blessed to have enjoyed many family trips with his parents. Chad had established Win-Mar with his father in 1994 and soon after, took on partners, who are true loyal friends. It was with great pride that he watched the company flourish to the success it is today. He was a bold leader, who always had his precious spirit, drive and determination focused on the growth of the company although it truly was the people each day that he connected with that mattered most to him, his "Win-Mar family". In 1996 Chad met Maryann, the love of his life and someone to share his adventures with. The two of them travelled extensively and enjoyed many happy times with family and friends. Chad was a fun loving man, beautiful inside and out, always generous and thoughtful. He ignited the room when he walked in, with his smile and hearty laugh. Chad formed a solid group of friends that made up his extended family, bonds that will never be broken. In 2005 Chad was introduced to a new level of fulfillment when his first daughter, Marissa, was born. His brown eyed girl brought such joy to his life, and being the grounded spirit she is, taught him many life lessons. Two years later Marissa was gifted a sister, Amber, and the adventures were taken to a whole new level! The girls only had to say "let's go" and Chad jumped with excitement. Walks to the park, ice cream stops, quad rides, drives in the convertible, golfing and boating, countless hours swimming at the pool or ocean - anything for his girls. Many family trips to warm climates were made but the favourite spot was Hawaii, where Chad had hoped to relocate to one day. Chad gave back in many ways, his love of golf brought him to several friends in the golfing community which lead to his involvement at Meadows Golf Course on a board level. Shortly thereafter, Chad got involved with his latest passion, the girls' school, St. Charles Catholic School. One of his many dreams was to leave a legacy behind for his girls and other children. To honour his dream and carry on Chad's work in supporting causes he held close to his heart, the family has created the "Chad Friesen Spirit fund". In lieu of flowers, please consider making a donations to the fund. Donations can be made by mail to: The Chad Friesen Spirit Fund, 391 Cameron St., Headingley, MB R4H 1C7 or dropped off at any CIBC location, to be forwarded to Ellice and Empress branch #507 Attention Kathy The family would like to thank Chad's friends for giving him such love, support and comfort, particularly through his health battles over the last two years. A celebration of Chad's life will be held Tuesday, November 29, 2016, 3:00 p.m. at Our Lady of Perpetual Help Church, 4588 Roblin Blvd with Msgr. Maurice Comeault officiating. For those who wish to sign the online Guest Book please visit our website.