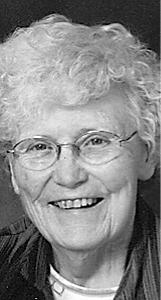 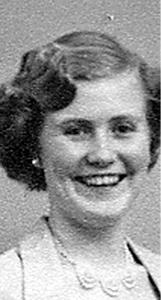 LOIS ISABELLE NEABEL (nee EMMOND) April 11, 1936 to December 7, 2016 Lois grew up on a farm near Benito, Manitoba. She graduated from Benito School with Grade 11, and entered the University of Manitoba, graduating with a Home Economics degree in 1957. After graduation, Lois worked for the Manitoba Department of Agriculture (MDA) as a Home Economist. In the fall of 1958 she moved to Winnipeg to become Assistant Director of Home Economics, and in May 1960 she moved to Shoal Lake. Lois married John Lewis Neabel on June 20, 1959. Over the next three decades, the couple was moved to several Manitoba communities, and they settled in Minnedosa in 1991. Over the years Lois was involved in many volunteer community activities, but her passion was with the Manitoba Women's Institute (WI). She served on regional boards, was provincial secretary, member-at-large, and Provincial President. She was Executive Member of the Manitoba WI on the WI's board at the national level, and was an active WI member until her passing. In Minnedosa, her main volunteer work was with the Minnedosa Archives, where she served as the town representative, and as President and Secretary. She dedicated many enjoyable hours to the archives. Those who will miss her include her two daughters, Maureen Neabel (Paul Clark) and Brenda Neabel Turbett (Ken Turbett), her four grandsons Linden Clark, Graham Turbett, Rowan Clark, Garett Turbett, and brother Ken Emmond, as well as her many friends and associates. Lois' husband predeceased her in 2015. A private family service will be held. Friends are invited to join the family at a reception at the Minnedosa United Church, Friday, December 16, 2016 at 2:00 p.m. The family requests that friends can donate to the Manitoba Women's Institute or the Minnedosa Foundation in lieu of flowers. Remembrances and condolences may be emailed to minnfs@mts.net Minnedosa Funeral Service is in care of arrangements. (204) 867-3868