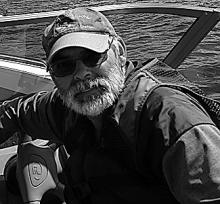 GARRY WILLIAM COWAN 1958 - 2016 On Thursday, December 29, 2016 at Boundary Trails Health Centre, Garry William Cowan aged 58 years of Morden, MB went to his eternal rest. He leaves to mourn his passing his wife, Linda (nee Knapp), daughter, Marlee (Alex), son, Michael (Nikki), three sisters, one brother and numerous nieces and nephews. He was predeceased by his parents, Harvey and Violet Cowan and brother, Ronnie. Cremation has taken place. Memorial service will be held at 2:00 p.m. on Wednesday, January 4, 2017 at the Darlingford Community Hall. In lieu of flowers, donations may be made in Garry's memory to the Boundary Trails Health Centre Foundation, designated to Palliative Care. Wiebe Funeral Chapel, Morden In care of arrangements, 204-822-4755 wiebefuneralhomes.com