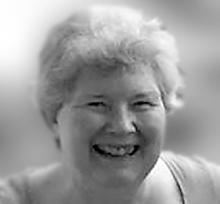 LINDA JEAN LEE Was pronounced deceased due to a hemorrhagic stroke on February 5, 2017 in the Coronary Care Unit of the Health Sciences Centre, Winnipeg. Linda was born at Teulon Hospital on October 10, 1947 eldest daughter of Myrtle Irene (Riach) Lee and Arthur Edward (Ted) Lee then residents of Gunton, Manitoba. Her education began in the Gunton Elementary School and continued to Teulon High School until she graduated with her Grade 12 diploma. She entered United College and Graduated with her Bachelor's Degree in Arts three years later from the newly renamed University of Winnipeg. After her graduation Linda took a position as a reporter on the Woman's Page of the Winnipeg Free Press and thus she began her long career as a communications and media relations person. Since this was the activist 60s she did volunteer work with the YWCA and agreed to sit on the committee that created the YW's Women's Centre and helped open up Osborne House to help battered women. Linda retired in July 2008 after many years as a communications professional. She was instrumental in organizing the Winnipeg Chapter of the International Association of Business Communicators. She enjoyed her career, garnering much respect from her peers. She also enjoyed being a mentor to many up and coming communicators over the years. After yearning to do so for some time, Linda jumped into her inaugural year of retirement by traveling abroad to China to teach English. She made lifelong friendships with her Chinese students and colleagues, sharing in their private lives. Linda endeavoured to keep in contact with the people she made friends with while there, and shared seasonal gifts in the years after. Linda is survived by her children Nicole (Glen) Cherlet, Jeffry Shirray, her sister Lesley (Ian) Elwood-Oates, her nephews Robin (Kristine) Elwood-Oates, Adam (Kimberley) Elwood-Oates, her great-nephew Rylan Elwood-Oates as well as her Aunt Edna Tarrant, Uncle Clarence Riach as well as many cousins and friends across Canada and internationally. To provide an opportunity to celebrate Linda's life, her family have arranged for a Celebration of Life service at 1:30 p.m. Saturday, February 11, 2017, Bardal Funeral Home in Winnipeg, with a service in Revelstoke, BC to follow in the coming weeks. We look forward to exchanging memories of Linda with you all there. For those on Facebook, tagging Linda in photos or posts will share with all who were connected. In lieu of flowers, donations may be made to the Heart and Stroke Foundation of Manitoba. Bardal Funeral Home 843 Sherbrook Street, 204-774-7474 Condolences: www.bardal.ca