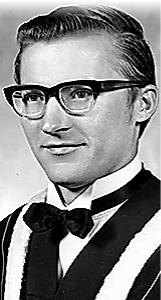 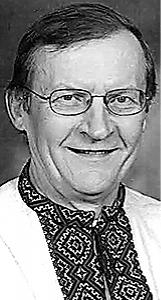 ANDREW SIRSKI January 5, 1944 - February 10, 2017 Peacefully in his sleep, Andrew Sirski passed away on Friday, February 10, 2017 at Victoria General Hospital. He is survived by his wife Patricia (nee Kozoriz); daughter Monica (Leslie Mitchnik and their children, Anastasia, Genevieve, and Stella), sons, Jonathan, Daniel (Andrea Rush-Sirski and their children, Emilia and Isabella), Steven, and Nicholas (Natasha Cranney), siblings Joanna (Ken Cooper), Gloria (Bill Bates), Joyce (Jack Howell), Russell (Barb), and Ernie (Jan); brothers-in-law, Gregory Kozoriz (Evelyn) and Russell Kozoriz (Janice); sister-in-law Elizabeth Kozoriz (Brian Walters) and many nieces, nephews, and friends. Andy was born in Swan Plain, Saskatchewan on January 5, 1944 to John and Katherine (Shack) Sirski. He grew up on a farm near Dauphin, Manitoba. He was very active in the 4H program, including the garden and calf clubs. It was in the 4H program where he began public speaking, which was a skill he used to his benefit his whole life. After graduating from high school he attended the Manitoba Institute of Technology in Winnipeg, earning a certificate in Mechanical Technology. He worked in Fort Erie for a few years but returned to Winnipeg to pursue his Bachelor of Science in Agricultural Economics at the University of Manitoba, where he met his future wife Patricia. After graduating he worked first as an Agricultural Representative and then a farm management specialist in the Vita area. Andy and Patricia married on July 10, 1971. They settled in Dominion City where Andy constructed their home. Andy began working as managing editor at Grainews in 1979 and the family moved to Winnipeg. With five children, life was a blur of work and chauffeuring children to school and activities, from soccer to boy scouts to ballet. He tinkered with cars, worked on projects in and around the house, gardened, and made wine. He helped his children deliver newspapers on their paper routes, calling it good exercise. After a snowfall, he pushed his snowblower for blocks, cigar in hand. Over time he sharpened his skills as a stock trader, writing about his experiences in his off-farm investments column in Grainews. He also did income taxes, a side business he began during his AgRep days and continued right to the end. It was another way to keep in close contact with farmers and had the side benefit of a reliable supply of steaks. Andy retired as editorial director of Farm Business Communications and editor of Grainews in 2006 and launched StocksTalk, a subscription newsletter about investments, while continuing to write articles for Grainews. He was a pillar of the Canadian Society of Technical Analysts and a member of the Brotherhood and Knights of Columbus at Holy Eucharist Ukrainian Catholic Church. In 2012 Andy was named a lifetime member of the Manitoba Farm Writers and Broadcasters Association. His five granddaughters were the apples of his eye. He maintained an endless supply of Smarties for them. He took his granddaughters for wagon and toboggan rides and to the park. He was always happy to push them on the swings. In summer they hunted for raspberries and tomatoes in his garden. He watched them swim, skate, and play soccer. They watched funny videos on the computer or sat in a chair together and watched cartoons. Andy liked a good story and a catchy joke. He had an uncanny ability of being able to fall asleep at the drop of a hat. He could sleep anywhere and his naps were legendary. He was always ready to chat about anything, from grandchildren to covered calls to depreciating the purchase of a combine. Special thanks to the stroke rehabilitation unit at Riverview Health Centre for their excellent support and care in Andy's stroke recovery. He called you MWs - Miracle Workers. A tremendous thank you also to neurophysiotherapist Jon Tiessen. Thanks to Fr. Barry Schoonbaert and Fr. Michael Kwiatkowski for their prayers at the hospital. Prayers will be held at Holy Eucharist Ukrainian Catholic Church, 505 Watt St., on Thursday, February 16 at 7:00 pm. Funeral Divine Liturgy will be celebrated by Very Rev. Fr. Michael Kwiatkowski at Holy Eucharist Ukrainian Catholic Church on Friday, February 17 at 10:00 a.m., followed by interment at All Saints Cemetery. Pallbearers will be his sons Jonathan, Daniel, Steven, and Nicholas, son-in-law Leslie Mitchnik, and godson Alexander Kozoriz. If friends so desire, donations can be made to the Riverview Health Centre Foundation, the Heart and Stroke Foundation, or a charity of your choice. We hope this satisfies Andy's editorial requirement that this was just like a miniskirt - long enough to cover the topic but short enough to be interesting. He always said "I am richly blessed," but we were richly blessed to have had him in our lives. Vichnaya Pamyat. Forever remembered. KORBAN FUNERAL CHAPEL 204-956-2193 www.korbanchapel.com
Publish Date: Feb 16, 2017