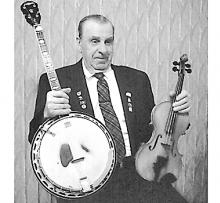 NORMAN CHEYNE Mr. Norman Cheyne of Melita, MB. passed away at his residence, the Melita Personal Care Home, on Valentine's Day, Tuesday, February 14, 2017 at the age of 79. Norm is survived by three brothers, Gordon (Phyllis) of Kelowna, BC., Floyd (Elsie) of Melita and Kenneth of Melita; seven nieces and nephews, Frances, Sandy, David, Brent, Heather, Melanie, Deborah and their families; sister-in-law Bonnie Cheyne of Melita. He was predeceased by his parents Mr. and Mrs. Alexander and Dorothy (Cooper) Cheyne; brother Jim; nephew Troy; sister-in-law Alice. Friends are invited to join the family at the Melita Legion Hall on Main Street on Monday, February 20, 2017 starting at 2:00 p.m. The afternoon will consist of visiting, live music, dancing and lunch. A true tribute to Norm! A short program will commence at 3:00 p.m. The interment at the Waskada Cemetery, Waskada, MB. will take place at a later date. Donations in memory of Norman may be directed to the Melita Health Auxiliary Association, Box 881, Melita, MB. R0M 1L0. Arrangements in care of Redpath Funeral Home, Melita, MB. (204) 522-3361. Neil Redpath and Kurt Ardron Funeral Directors. To send condolences to the family please visit: www.redpathfuneralhome.com