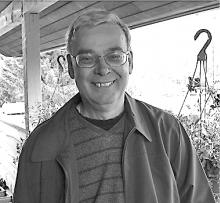 RENE JOSEPH DENIS MARION 1952 - 2017 It is with great sadness that we announce the sudden passing of René Joseph Denis Marion, husband, father, grandfather, brother and uncle, on Sunday, February 19, 2017 at the age of 64. René will be forever loved and missed by his children, Colleen (Bruce), Eric (Brigitte), Dean (Thasha), Michel (Lisa); and grandchildren, Chloe, Cody, Colin, Andon, Danica, Tristen, Tyler and Aria. He will also be missed by his siblings, Solange (Cyril), Agnes (Edmond), Marie (Andre), Roger (Dee), Yvonne (Carl), Rolande (Albert), Blanche (Raymond), Therese (Gilles), Joe (Carole), Jean-Leon, Bernie (Tim), Alphonse, Raymond, and many nieces and nephews, as well as extended family and friends. René was predeceased by his wife, Gisele Marion (née Gagné), father, Léon Marion, and mother, Rita Marion (née Moquin). A Celebration of Life in honour of René will be held Thursday, March 2, 2017 at 2:00 p.m. at the Cabane a Sucre, 432 Joubert Street, Saint-Pierre Jolys, Manitoba. In lieu of flowers, donations can be made in René's honour to a charity of choice. Wiebe Funeral Home, Winkler In care of arrangements wiebefuneralhomes.com