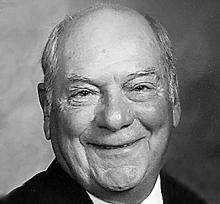 PAUL EUGENE COUTURE With the warmth and love of his family around him, Dad passed peacefully on Sunday, March 12, 2017, just shy of his 86th birthday. While his family will miss his kind and loving heart, keen wit and jolly laugh, we cherish the thought of him reunited with his loving wife, Barbara. Dad's 60 year marriage clearly demonstrated the mutual joy, love, and respect of two very special people. His children, Cathy (Wayne Benz), Joanne (Charlie Burns), Mike (Patricia Eschuk), Michele (Giuseppe Dalzotto), and Doug (Alana Schoepp) will treasure memories and the many life lessons he gave each of us. The grandchildren, Lisa (Derek), Kristy, Matthew (Tegan), Sarah, Charles, Hannah, Nick, James, Emmett, Hayes, Jon (Erin), and Thor, each have very personal memories of their grandfather. Dad also has two great-grandchildren, Elliot and Clara. He leaves his sister, Lorraine, with many fond childhood memories. He was predeceased by his parents and sister, Joan. Dad was born in Winnipeg, Manitoba, to Eugene and Vera Couture. He lived his early years in the Crescentwood area, attending nearby schools. He graduated from Kelvin High School, and joined his father in the construction business, as an estimator and project manager. After learning the business, he ventured out on his own, and then in partnership with a small construction company in Winnipeg. Before retiring at age 65, he worked with the National Research Council of Canada on projects related to construction. In 1999, Mom and Dad moved to Gimli, spending their winters in the warm sunshine of Mesa, Arizona. Dad was always patient, calm, persistent, and thoughtful when faced with any situation. He was respectful and made people around him feel comfortable and included. Being an optimist, he believed things would always work out in the end. He understood the fragile balance between hard work and family life, ergo no power tools after five o'clock. He contentedly passed on his jokes, songs and mime routines, but sewing his fingers together was a particular favourite. Dad had a lifelong passion for sports which included hockey, baseball, curling, tennis, squash, sailing and waterskiing. Downhill skiing became an integral part of our family, with many treasured adventures both driving across the prairies and on the slopes. In his 70s he hit his first baseball Grand Slam; in his 80s he was still making birdies and pars on the links. His eclectic interests also included singing, performing hilarious skits, Rotary Club of Winnipeg, Knights of Columbus Winnipeg, New Horizons Gimli, being a R.C.M.P. guard in Gimli, and stealth cookie thief. He enjoyed playing games, teaching children and grandchildren to play crib, and becoming a competitive Scrabble enthusiast. Dad's Gimli connection dates back to 1934 and he has deep friendships that go back decades. Our Dad taught us well and if we're lucky, his shining example will live on. He was truly a proud father, grandfather and great-grandfather. The family would like to thank the kind and caring staff of Pembina Place for their gentle support to both Dad and each of us. In lieu of flowers, donations can be made to the Westshore Community Foundation, Parkinson Canada, or a charity of your choice. A celebration of life will be held on Saturday, April 1, 2017, 11:00 a.m. at St. Ignatius Roman Catholic Church, with a reception to follow. Please join us as we celebrate his life. Bardal Funeral Home 204-774-7474 Condolences: www.bardal.ca