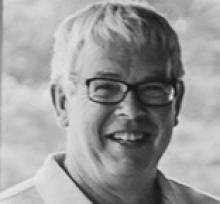 TED GRANT LOFTO July 11, 1952 - May 20, 2017 It is with love and sadness the family announces the passing of Ted Grant Lofto on May 20, 2017, at the age of 64. Ted passed away at his home in Cowichan Bay, BC, with his family by his side. Ted was predeceased by his father, Gordon Lofto, and infant brother, Gregory. He will be lovingly remembered and sadly missed by his son, John (Olivia), grandson, Malachi, daughter, Melany (Keenan), his mother, Connie Lofto, sisters, Barbara (Bruce) and Brenda (Scott) and their children, Jeff (Jenn), Kent (Stephanie), Michael (Lara) and Laura, his aunt, Thelma Arnal, uncle, Kenny Lofto, and many cousins. Ted will also be lovingly remembered by Gale and Bob Freeman and their family. Ted's family moved from Starbuck to Winnipeg in 1958, and Ted attended Laura Secord School, Gordon Bell and the University of Winnipeg before moving to Victoria, BC. Ted was an avid sports fan and enjoyed many years following the Blue Bombers, the Jets and his beloved Seattle Seahawks. He was also a proud member of JTC VC (Sea Cadets) for many years. It was a formative time in his life where he became a friend, mentor and role model to hundreds of cadets and officers. He had a lasting relationship with those that served with him and will be missed by many lifelong friends. Our family is grateful for the time that we had with Ted prior to his passing, and wish to thank all of our family and friends for their love and support during this difficult time. At Ted's request, there will be no funeral. Cremation has taken place and a Celebration of Life will be held at Duncan United Church in Duncan, BC, at a later date. A scholarship fund for cadets of JTC VC will be established in Ted's memory. Should friends so desire, donations may be made in memory of Ted to: Cornwall (Winnipeg) Branch, Navy League of Canada, #1 Navy Way, Winnipeg, MB R3C 4J7. Charitable Tax Receipts will be issued automatically.