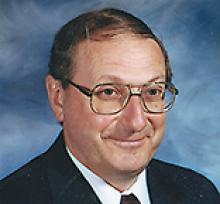 DAVID JAMES BERTNICK July 24, 1947 - May 25, 2017 It is with great sadness and heavy hearts that we announce the sudden, unexpected passing of our beloved husband and father. Left to cherish his memory are his wife Roslyn; daughters Lisa (James) Noble and Sarah (Devin Reimer) Bertnick; son Daniel Bertnick; and his sisters Joyce Baxter and Arlene (Jack) Martens. He was predeceased by his parents Dan and Evelyn Bertnick; his brother Doug Bertnick, and his sister Marjorie. Dave was born and educated in Dauphin. He moved to Winnipeg in 1968 to attend Teacher's College. He was hired in 1969 by the St. James Assiniboia School Division. His first position was at Kirkfield Park School, which at that time was a segregated school for mentally handicapped students. While working full time he furthered his studies at summer school and night school to obtain his Education Degree. He was transferred to teach a special education class at Linwood School. The school division administration quickly recognized his leadership skills, and his passion and effectiveness for special education. He moved into an administrative role as a Special Ed./Resource Coordinator while still in his 20s. His further administrative jobs as a principal took him to Bruce Jr. High School; back to Kirkfield Park, as well as Stevenson Britannia, and Strathmillan Elementary Schools; five years as the Clinical Administrator at Educational Support Services; then on to Golden Gate and Ness Middle Schools. Dave retired in 2003, but after a year and a half he realized how much he missed his work as an educator and went to work as a resource teacher at both Westdale and General Byng schools. As usual, his involvement and concern was with students with a variety of needs that were not being met. Dave had unbounded enthusiasm and energy for many causes. In addition to his work as a school administrator, he made contributions to the Manitoba Teacher's Society, the Department of Education Reading Recovery Implementation Team, and the Manitoba Government Child Abuse Registry Committee. He was a founding board member of the Westwood Vocational Centre, and the initial organizer and president of the Ratepayers Association in the Village of Dunnottar. His contributions to society were great, but if you asked him what was most important to him he would say that it was his wife and family. Roslyn was the love of his life and he took every opportunity to demonstrate his love for her. He was a devoted father to his children. For several years he was an amazing single parent to his daughter Lisa. He brought the same love and support to Sarah and Daniel. He was happiest when surrounded by his family. He cherished the family times at the cottage in Matlock. He will be missed. Contributions to the Nourishing Potential Fund through the Winnipeg Foundation would be welcomed. This fund is dedicated to supporting child and youth nutrition programs in Winnipeg. A celebration of his life will be held on Tuesday, June 13, 2017 at 2:00 p.m. at Neil Bardal Funeral Centre, 3030 Notre Dame Ave. NEIL BARDAL FUNERAL CENTRE 204-949-2200 neilbardalinc.com
Publish Date: Jun 3, 2017

DAVID JAMES BERTNICK With heavy hearts we announce the sudden passing of our beloved husband and father, David Bertnick on May 25, 2017. Funeral arrangements are pending and a longer obituary will follow.