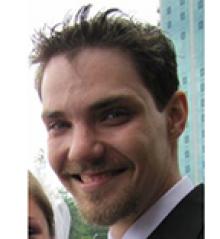 CONOR JOEL SYKES November 15, 1983 - May 22, 2017 LIAM ZAVIER O'SULLIVAN SYKES April 1, 2011 - May 22, 2017 It is with profound sadness that we announce the tragic and sudden passing of both Conor Joel Sykes (age 33), and his son Liam Zavier O'Sullivan Sykes (age 6). They leave to mourn wife and mother Lindsay Catherine Rose Sykes, and their beautiful daughter and sister Annabelle Kasandra Kazimiera Sykes. They will be greatly missed by the Sykes, Grudniski, Mastrolia, Dudzinski, Bommes, and Loeppky families. Liam was the light of everyone's life; he had a laugh so contagious that everyone had to laugh with him. He had a darling and innocent smile. Liam enjoyed cars, biking, and was excelling at snowboarding. He loved his super heroes and being in the water. He was his sister Annabelle's best friend and was a doting brother. Liam enjoyed every minute with everyone, in particular, his Daddy. We will all miss Liam greatly. Little Liam-bum-biam loved his school, his daycare, and his incredible friends. Conor was with Liam from his first breath until his last. Conor enjoyed life to the fullest. He was open-hearted, caring, and compassionate. He was the love of his wife, Lindsay's life. Conor was a hard worker, an amazing father, and a wonderful husband, son, and brother. He adored his children, and his entire life was dedicated to giving his family everything possible. Everything that Conor did, he did with passion; he was always willing to help out a friend in need and generally considered others over himself. Conor spent time in Zambia in the missions at the age of 17 years old, where he had a chance to display those traits. He was a "trickster", a "prankster", and a "lover of hounds" (true to the name of Conor in Gaelic), and he took every opportunity to make those around him laugh. Conor had an amazing ability to leave everyone he met smiling and wanting to see him again. Our family is devastated and grief-stricken with this tremendous loss that we share with the Cripps' family. A loss of this magnitude has shaken our hearts and minds, and has left us asking how such a tragedy can occur to such amazing and wonderful people. Our family would like to express our utmost gratitude to the entire community of Thompson for their quick response, tremendous support, and kind expressions of sympathy. We would also like to give special thanks to all those involved in the search effort including the Royal Canadian Mounted Police, the City of Thompson Fire Department, Manitoba Hydro and all other volunteers. Lastly, we would like to send a special thanks to the family at Stittco. Conor loved working there and the support that they have demonstrated during this difficult time has been greatly appreciated. A Celebration of Life will be held on Wednesday, May 31, 2017 at 2:00 p.m. at the Royal Canadian Legion Hall in Thompson. Leslie King will be officiating. In lieu of flowers, please send donations to the Ecole Riverside School, as both Conor and Liam had a deep appreciation for the French Immersion Program and its faculty. For donations please call 204-677-6150. Please make cheques payable to "The School District of Mystery Lakes" - In Memory of Conor and Liam Sykes. An online book of memories is available to view and leave condolences at www.boardmanfh.com