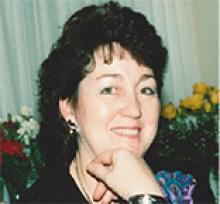 RETA ILENE STEVENSON November 10, 1939 - June 11, 2017 Our dear mother was born in Sherridon, Manitoba, a small northern mining town that is, sadly, no more, as is the way of most communities that sprang up around new mines. Like the people that inhabited that community, our mom was noted to be 'determined'. Ilene Shipley was born to Tom and Edith Shipley, the sixth child in a boisterous family of 10. The Shipley clan moved about in those days with Grampa Tom, following his dreams and "cash money" work that was too often in short supply. While living in Mafeking, our mother's determined nature expressed itself by becoming a tomboy, roaming the bush and creeks, playing road hockey in the winter and baseball in the summer. She was friends with the Stevenson girls though she admits to spending some time sneaking into their brother's room to read his comic book collection. It's a story I never tire of hearing. When she grew older, they warned her about that Stevenson boy, and when he became less inclined to shoo her away from his comic books, her older brothers, Bill, Keith, and Larry, insisted on chaperoned dates. I'm sure her older sisters, Mary and Shirley, also told her to avoid the bad boy type. In 1956, Reta Ilene married Conard Stanley Lee Stevenson. They lived for a time in Mafeking during which time their first son Shawn was born, and then their second son Warren. For those that know, Mafeking was, and likely still is, fertile ground for stories and nicknames, rich with a history of shenanigans. It was perhaps those very attributes that my mother and father chose to leave behind and had them move away in search of their own stories and fortunes. Following life in Mafeking, Ilene and Con spent time in Dauphin, Flin Flon and Swan River. They eventually settled in the deep-south, in Brandon. Along the way, Mom was one of the new generation of mothers and wives, entering the work force with determination to provide a better life for their families and to stretch themselves with a sense of purpose. My mother entered the field of banking as a counter teller and after successive promotions, with ever greater levels of responsibility, she retired as a bank manager for the Royal Bank of Canada in Brandon, 1st and McTavish Branch. To my understanding she was well respected and liked by all that she encountered, to the credit of her determination. For all those years away and with personal success my mother was still a "bush girl", as she reveled in the joy of camping and eating fresh caught pickerel. She enjoyed her grandchildren, Gaelan and Jon, and her many nieces and nephews, and the adoration of her younger brothers, Bob, Glen, Cliff and Ross. There was a special place in her heart for Brandon Kinley and family, especially Xenya. She enjoyed golfing, especially "beating the pants off the men", accompanying Warren on the guitar by singing three lines from dozens of songs, and downhill skiing with her family. I can still hear her shrieking at me from up slope as she followed me down a particularly tricky black diamond run at Sunshine Village, "if I get a hold of you, I'm going to wring your neck". But with determination, she made it down the mountain. There was but one mountain that her determination couldn't beat. In early retirement Mom was diagnosed with Parkinson's, a cruel disease that she fought until this past week. She fought its debilitating symptoms with a fierce determination and without complaint. So many of her extended family gave Mom and Dad their support during these times; best wishes, regular visits, prayers and taxi service, whenever we asked. Thank you! Her medical team of Dr. Hobson and Dr. Chung, and the attending nursing team and staff at the Simkin Centre Personal Care Home gave her great care and loved her.... even when she gave them "the look". We will all miss that look. Ilene will be laid to rest in a private ceremony at the Brandon Cemetery at a later date. Flowers are gratefully declined. Donations in memory of Ilene may be made to Parkinson Canada, 208 - 1011 Rosser Avenue, Brandon, MB R7A 0L5. Expressions of sympathy may be made at www.memorieschapel.com Arrangements with Memories Chapel, Brandon, 1-855-727-0330