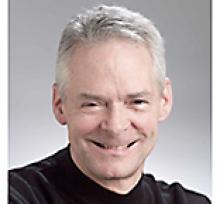 LAIRD FORBES RANKIN To celebrate my 75th birthday, my sons, Scott and Matthew, gave me something I had dreamed of for decades: a trip to New York City to see a production of a Metropolitan Opera. The three of us saw Manon Lescaut on February 27, 2016. While the opera was a disappointment, our three days together were not. They were special, memorable, and too short. Here is my back story: Laird Rankin passed away suddenly on June 19, 2017. He was born December 5, 1940 in Winnipeg. He is survived by his former wife, Lynn; sons, Scott (Toni Wu) of Austin, TX and Matthew of Montreal; and his sister, Elizabeth (Buff) Mills of Dundas, ON. He was predeceased by his father Forbes, in 1965, and mother, Eyleen, in 2000. Laird was educated in Winnipeg schools and graduated from the University of Manitoba with two Bachelor's degrees; Arts, in 1962; Commerce, in 1964. At university, he was active in the Arts Student Body Council and Phi Delta Theta Fraternity. Following graduation, he joined the Winnipeg Chamber of Commerce and worked for that organization for two and one half years. In October, l967, he joined the Hudson's Bay Company to help implement events to commemorate the Company's 300th anniversary. His chief responsibility was organizing and managing the summer tours of the Nonsuch - a replica of the sailing ship whose voyage in 1668 led to the Company's founding in 1670 - and bringing the vessel to Winnipeg for installation in the Manitoba Museum. In 1975, he became Executive Director of the Alumni Association of the University of Manitoba and Editor of the Alumni Journal (now On Manitoba), dual positions he held for 19 years before becoming the founding Executive Director of Canada's National History Society in 1994. He became publisher of the Society's magazine, The Beaver, (now Canada's History) in 1997. He retired in 2004. Laird enjoyed an active community life, having served in volunteer capacities with the Winnipeg Chamber of Commerce, the United Way, the Manitoba Historical Society, the Manitoba Magazine Publishers Association and, most recently, the Winnipeg Arts Council, which designated him Chair Emeritus in May, 2016, in recognition of services rendered during his decade on its board. Among other honours, Laird was presented with the Meritorious Service Cross, M.S.C., (Civilian Division) in 2000, by Governor General Adrienne Clarkson, to recognize his work in establishing the Governor General's Award for Excellence in Teaching Canadian History, a national program to honour Canada's best history teachers. Laird was the author or co-author of five books, a journalist and, for a period, a free-lance broadcaster with CBC Radio. His first book, The Nonsuch, was published in l974 and revised and reissued in 2004 as The Return of the Nonsuch. His articles and reviews appeared in a number of local, regional, and national publications. At Laird's request, cremation has taken place and there will be no service. Instead, donations in Laird's memory would be appreciated to either The Winnipeg Foundation, 1350-1 Lombard Place, Winnipeg, Manitoba R3B 0X3, in favour of the Winnipeg Arts Council Agency Fund; or, to the Manitoba Museum, 190 Rupert Avenue, Winnipeg, Manitoba R3B 0N2, in favour of the Nonsuch Gallery. "I cannot pretend I am without fear. But my predominant feeling is one of gratitude. I have loved and been loved. I have been given much and I have given something in return; I have read and travelled and thought and written. I have had intercourse with the world, the special intercourse of writers and readers. Above all I have been a sentient being, a thinking animal, on this beautiful planet. And that in itself has been an enormous privilege and adventure." - Oliver Sacks Bardal Funeral Home, 843 Sherbrook Street, Winnipeg in charge of arrangements.