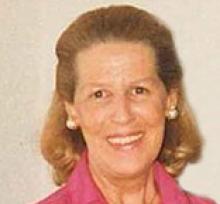 MARJORIE (JUNE) PATRICK It is with love and great sadness that we announce the passing of our mother, grandmother, aunt, sister and friend, June, on Friday, June 16, 2017. Left to lovingly remember June are her children, Kim (Shin), Carolyn (Ken), Sandra, Stephen (Carrie), James (Deborah), Lisa (Danny), and Tara (Dan); grandchildren, Brennan, Quinn, Madison, Nolan and Aimee; sisters, Mona (Don) Duncan of Edmonton, Ann (Alex) Whibley of Vernon, Gail (Norm) Traill of Edmonton; brothers, Rob (Carol) of Edmonton and Jim (Cheryl) of Calgary, many nieces and nephews, and her loyal companion, Scout. She was predeceased by her husband Steve in 2014, her parents, Sarah and William, brothers, Bill and Ed and sisters, Nellie and Jean (Summers). June was born in Hillspring, Alberta. Her parents emigrated from Scotland and eventually settled in Edmonton. Being one of 10 children of humble beginnings, June learned the value of hard work and family commitment. When she was 12, her father passed away and she played a big role in caring for her siblings. Even though life was challenging, June enjoyed singing in the church with her sisters and spending time at the speed skating oval. After graduating high school, June moved to Winnipeg and met her husband Steve at the Winnipeg Roller Rink. They married in 1956, and soon after welcomed twins, with five more children to follow. June was very busy at home raising the children, while supporting Steve in his many career paths, including football, politics and Patrick Realty. While Steve enjoyed public life, June preferred to be at home with family and friends. Her early life revolved around her children's many activities. If she wasn't making stacks of pizza buns or egg salad sandwiches, she was driving kids to hockey, swimming, volleyball and gymnastics. The house had a revolving door and all were welcome. Once the kids were older, June joined Steve in the family business and continued to work into her 80's. Many family memories were formed during the 60 summers spent at the cottage at Falcon Lake. While the kids enjoyed swimming, water skiing and playing tennis, June could be found in the screened in porch reading or doing her crossword puzzles. These passions continued her whole life. Her mind remained sharp as she loved to discuss current events and complete the New York Times crossword. June was an incredible baker, famous for her Sunday morning scones, butter tarts, and banana bread, just to name a few. She loved to cook and collect recipes from watching her many cooking shows. June had an elegance and sophistication, a great sense of humour and loved to laugh. She was clearly in charge and could snap all the kids to attention with just one word and/or a look. She was a generous, charitable, and selfless person who had a soft spot for kids and a compassion for those in need. We were so fortunate to have our mother in our lives and we came back home at every opportunity to spend time with her in the later years. Thank you Mum for your love and devotion. We are blessed to have had you as our mother. You were the greatest mum we could have hoped for. We will cherish the memory of you for the rest of our lives. As per June's wishes, a private family service will be held at a later date. Wojcik's Funeral Chapels & Crematoriums, Winnipeg, 2157 Portage Avenue, 204.897.4665 www.wojciksfuneralchapel.com