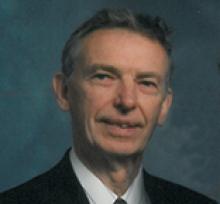 JOHN RENKEWITZ With a heavy heart and deep sadness we announce that John passed away at age 89, on Sunday, June 25, 2017. Left to survive John are his wife Dorothy, of 44 years, his children: Van (Lorraine) Whitehead, Susan (Mike) Maloney and Bruce (Marjorie) Whitehead, grandchildren: Pearce (Brittani), Stacey and Merrill, great-grandchildren: Samuel and Joshua, sisters: Agnes Worster and Sylvia Langille, as well as numerous nieces and nephews. He was predeceased by his brother Bill. John was employed as a printer for Reid and Eibner Ltd. and Systems Equipment Ltd. John was a man with few words but upon retirement found great joy in carving wildlife. He was a member of the Les Gens De Bois Woodcarving Club. It was his love of all animals that led him to pursue the carving of their likeness. John had a long and full life and will be missed by his wife Dorothy, and faithful dogs. A service will be held at 10:00 a.m. on Tuesday, July 4 at Klassen Funeral Home, 1897 Henderson Hwy., followed by a reception and interment at Green Acres Cemetery, Hwy. #1 East at Navin Road. In lieu of flowers, donations may be made to the Winnipeg Humane Society, 45 Hurst Way, Winnipeg, MB R3T 0R3, or a charity of your choice. KLASSEN FUNERAL HOME 1897 HENDERSON HWY 204-338-0331 Condolences may be sent to www.klassenfuneralhome.com