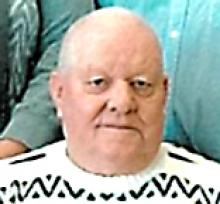 LAWRENCE A. FRIESEN July 10, 1936 - July 4, 2017 Peacefully, after a courageous battle with cancer and surrounded by the love of his family, Larry passed away at the age of 80 years, at the Victoria General Hospital, in Winnipeg, Manitoba, on July 4, 2017. Larry was predeceased by his parents, Isaac and Justina Friesen; his brothers, Bill, Isaac, Jack and Art; and his sisters, Agathe Grabinsky, Tenie Grabinsky, Sally Braun and Elizabeth (Toots) Klassen. Left to cherish his memory is his wife of 56 years, Margaret (nee Baldwin); his children, Darryl Friesen (Robyn), Dale Friesen (Cathy) and Jan Magnusson (Todd); his grand-children, Mason and Brady Braha Friesen, Ryan and Carly Friesen, Ashley and Scott Magnusson; his sister Yvonne Barkman (Burt); and his sisters-in-law, Olive Friesen, Lil Friesen and Tina Friesen. Larry was born in Altona, MB and spent his younger years in and around the Steinbach area. In 1960, Larry and Marg were married and built their life together in Winnipeg. Larry worked construction as a Steam Fitter for many years and was later employed by CN Rail, from where he retired after 33 years, in 1997. Larry's children were his pride and joy. In the early years, he spent many hours cheering them on in their various sporting activities. Larry and Marg made many friends while raising their family in Windsor Park, enjoying many summers at their cottage in Belair, MB and winters in both Mazatlán, Mexico and Osoyoos, BC. Larry loved to entertain! One of his favourite sayings was "It's Four O'clock...Time for Happy Hour". An evening with friends or family usually involved BBQ'd steaks, Crown Royal and some intense games of cards. A celebration of Larry's life will be held on Monday, July 10, 2017 at Windsor Park United Church, 1062 Autumnwood Drive at 2:00 p.m. Cremation has taken place and a private interment will take place at a later date. In lieu of flowers, donations can be made to the Windsor Park United Church Building Fund. Arrangements entrusted to Eternal Grace Funerals of Winnipeg Manitoba (204) 505-4559 www.eternalgracefunerals.ca
Publish Date: Jul 8, 2017