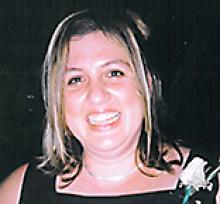 SHERRY LYNN POTSCHKA It is with profound sadness that we announce the sudden passing of Sherry Lynn Potschka on July 10, 2017 at the age of 41, in Maple Grove, Minnesota, where she had resided for the past four years. Left to cherish her memory are her parents, Dietmar and Hannelore Potschka, sister Kristy (Martin) Bruyere and her beloved nephew, Max and niece, Sophie. Also mourning her loss is grandmother, Leni Herzog, along with aunts and uncles: Steven and Trina Herzog, Wilf and Isolde Herzog of Köln Germany, Sig Potschka, Penny Cummings, Ron and Heidi Hughes, Ted and Betty Dick, Gary and Lorna Schulz, Margret and Michael Schalm of Red Deer, Alberta; cousins, Johann Herzog, Lauren Bakun, Jennifer Neufeld, Courtney Gardiner, Stephanie Schreiner, Andrea Dick, Stefan Dick, Ryan Schalm, Micaela Epp and Stephanie Schalm; as well as numerous other relatives, friends, and colleagues. She was predeceased by her grandparents, Heinrich Potschka, Christel (Potschka) Schulz, Johann Herzog and Arthur Schulz. Sherry was born in Winnipeg on August 21, 1975. She attended the German Bilingual program at Princess Margaret, Chief Peguis and River East Collegiate where she developed a love for languages. Sherry loved children and when she wasn't babysitting, she spent summers working with children at day camps, daycare, tutoring and two summers at Lake Nutimik Baptist Camp as a lifeguard and counsellor. After high school she completed her BA Honours at the U of M with a major in Political Studies. After a few years in the work force in the banking industry, she returned to school, attaining her MBA at the Asper School of Business. For the past number of years Sherry worked for CP Rail in Winnipeg, on projects in Calgary, and for the last four years in Minneapolis, where she held the position of Manager of Market Development at the time of her passing. Sherry was committed to her career but she was passionate about her faith. At the age of 16 she accepted Christ as her Saviour and was baptized at Rowandale Baptist Church and we rejoice in the fact that Sherry is now in the loving care of her Heavenly Father. Funeral service will be held on Tuesday, July 25 at 1:00 p.m. at Covenant Christian Reformed Church with Pastor Jonathan Kroeker officiating. Interment to follow at Glen Eden Cemetery. The family wishes to thank the Maple Grove Police and Paramedic Service for their kindness and efforts. Special thanks to her employer, CP Rail, for their assistance in returning Sherry to Canada. Donations may be made in Sherry's memory to Camp Nutimik Foundation. KLASSEN FUNERAL HOME 1897 HENDERSON HWY 204-338-0331 Condolences may be sent to www.klassenfuneralhome.com
Publish Date: Jul 22, 2017