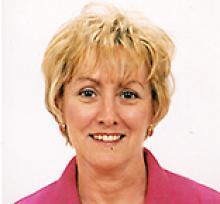 DONNA LYNN ROGERS September 1, 1946 - July 24, 2017 With heavy hearts we announce the sudden and unexpected passing of Donna Rogers at her summer cottage in Pointe du Bois, MB with her husband Larry by her side. Donna will be lovingly remembered by her husband of 45 years, Larry Rogers of Greensboro, NC; her son Glen (Marni) Rogers and two grandchildren, Kaelan and Teagan; brothers-in-law, Alex (Elaine) Klein and Bryan (Andrea) Rogers; sister-in-law Iris Rogers; nephew Brayden Klein and nieces, Maddison Klein, Lisa (Rayna) Rogers, Shelagh (Jason) Biddulph, and Kirsten (Jon) Ashall; great-nephew Aidan and great-nieces, Kennedy, London and Abby, as well as many other extended family members and close friends. She was predeceased by her parents, James and Gertrude Miller and her sister Maureen Klein. Donna grew up in Winnipeg, MB where she met and fell in love with Larry and they married on October 8, 1971. She worked for 27 years at Air Canada in various capacities such as payroll, ticketing and reservations in Winnipeg, Edmonton and Toronto before retiring just prior to moving to Greensboro, NC where they lived for the past 18 years. Donna enjoyed vacationing on the water and spent time at the family cottages in Ponemah and Grand Beach, MB, as well as holidaying with family and friends at Trail End Camp (Pointe du Bois), Myrtle Beach, SC, Florida, Mexico and the Caribbean. While at Trail End Camp, the opportunity arose to own their own piece of paradise and they purchased their cottage on Sawmill Bay at Pointe du Bois. Over the past 11 years Donna has had many wonderful times there including fishing with Larry, annual visits from their grandchildren, and socializing with countless other family and friends. She was happiest when she was spending time with those she loved, including the group of eight - "the Forever Girls" acquainted from early school years and along life's road. Donna also spent many hours reading novels from her favourite authors, searching for the titles she hadn't yet read. She enjoyed watching ducks and loons by day and the British detective shows by night. Her home was meticulous and she never rested until all her tasks were accomplished. She always found something to talk about and there was never a lull in any conversation. Her kindness and hospitality was experienced by all who knew her. She was generous to a fault and brought joy and light to every room she entered. She loved us well and enriched our lives immensely. She will be incredibly missed. A celebration of Donna's life will take place at Klassen Funeral Home, 1897 Henderson Hwy. at 2:00 p.m. on Monday, July 31 with refreshments to follow. In lieu of flowers, donations can be made to the Heart & Stroke Foundation of Manitoba. KLASSEN FUNERAL HOME 1897 HENDERSON HWY 204-338-0331 Condolences may be sent to www.klassenfuneralhome.com