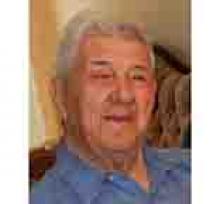 REVEREND EDWIN PLETT 1922 - 2017 Edwin Plett went to be with his Lord and Saviour on Wednesday, August 2, 2017, at the age of 95 years. He was predeceased by his wife, Mary; one son-in-law, James Burnes, two great-grandchildren, Aelyn and Declan Brown; two brothers, Ted and Wilfred; and four sisters, Tina, Marie, Esther and Clara. He is survived by his children, Joyce Burnes, Carolynn (Ed Enns), Joan (Leo Kirouac), Robert Plett (Anneliese), Dorothy (Reg Giesbrecht), Lorna (John Junker-Andersen) and Kathy (Peter Bergen), along with 23 grandchildren and 29 great-grandchildren, and one sister, Frances. A memorial service will be held at 11:00 a.m. on Tuesday, August 8, 2017 at the Bergthaler Mennonite Church, 252 6th Street in Winkler. Donations may be made in Edwin's memory to MCC, available at the church. Wiebe Funeral Home, Winkler In care of arrangements, 204-325-4201 wiebefuneralhomes.com