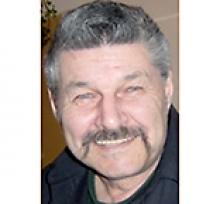 JAMES A. MAKARA With great sadness we announce the passing of James A. Makara, A.K.A "The General "& "Austin" on August 4, 2017. Allan was born in Washow Bay on July 11, 1941, but spent most of his life in Riverton, Pine Dock, and Matheson Island. He was predeceased by his parents Jim and Elsie Makara; brother Chuck; baby sister Verna; nephew Marvin; and niece Sheila. He is survived by brothers Steve (Patsy); Kenneth (Josie); and his sister Linda (Ben), and many friends and family. Allan started commercial fishing at an early age and also worked building cedar yawls for fishermen. He was a good entrepreneur and everyone got at least 50% out of him. One of his favourite sayings was "give half a man a chance eh." Allan was well known for his wit and dry sense of humour. He was a kind and gentle man who loved children and made an impact on everyone he crossed paths with. Stories of days gone by with Allan will be told for years to come. Honorary Pallbearers are Kenny, Les, and Chris Mowatt, Clifford Jonasson, Daryl Calder, and Jamie Makara. Service to be held at Riverton Hnausa Lutheran Church at 1:00 p.m. on August 26. Rest in Peace, J.A.M. THOMSON FUNERAL HOME 669 BROADWAY, WINNIPEG, MB R3C OX4 783-7211 Condolences may be sent to www.thomsonfuneralchapel.com