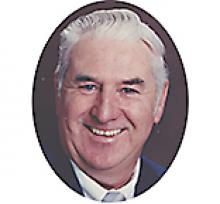 JEROME THEVENOT August 18, 1938 - August 19, 2017 Jerome Cyprien Thevenot passed away peacefully on Saturday, August 19, surrounded by family, a few hours after turning 79 on Friday. He was born and raised in Somerset, MB being the sixth of 12 children. From the age of five he worked as a farm hand feeding pigs, milking cows, picking stones, or mending barb wire fences, and is where he picked up the nickname Joe. In his teenage years, in addition to farm hand, he worked at the local Somerset restaurant manning the counter, where he met his future wife, Mary Henderson, who he married June 27, 1959, and recently celebrated their 58th wedding anniversary. He left home at 16 to work for the CN Telegraph, travelling through parts of Ontario, Manitoba and Saskatchewan. Some of his memories from these years included walking from north of Gillam to Churchill, getting a shock from a lightning strike while working on a line, and working out of a manhole at Portage and Main installing telegraph in the office buildings. He decided, with a young family, he would find work that would keep him closer to home and secured an electrical apprenticeship in Winnipeg working side jobs including security for Blue Bomber games. In December 1964, Joe moved to Thompson, MB to work for Inco. Mary joined him in March 1965 and they proceeded to raise seven children together in Thompson. He started as a labourer in the Mill and proceeded to electrician to Senior Foreman and then to General Maintenance Foreman, working in T-1, T-3, Soab Mine, Pipe Lake open pit mine and Birch Tree, retiring with over 30 years of service. Post-retirement jobs included NAPA, Commissionaires security, and self-proclaimed weather expert. Joe devoted his life to his wife and family. With them he always shared his love of hunting, fishing, gardening, smoking fish and meats, and loved carrying on these traditions with his grandchildren, including being a lifelong fan of the Montreal Canadiens. In past years he curled and played broomball. He coached his sons' minor hockey teams including in the first Munn Cup tournament. He attended Christmas Eve mass in December 1964 and continued to attend the St. Lawrence Church for the next 53 years. Joe is survived by his loving and supportive wife Mary, his children: Dale, Debbie (Kantomer), Loren, Leonard, Ken, Chris, Angelle (Boles) and their spouses. His pride was his grandchildren and great-grandchildren. He is also survived by his siblings Paul, Adrian, Roger, Maurice, Romeo, Juliette, Cecile (Grenier), Albert and Eva (Dansereau). He was predeceased by his father Paul, mother Yvonne, and siblings Yvonne (Lemieux) and Raymond. Funeral Service was held on Thursday, August 24, 2017 at the St. Lawrence Roman Catholic Church in Thompson, MB at 1:00 p.m., officiated by Bishop Albert Thevenot. Interment followed in the Thompson Cemetery.