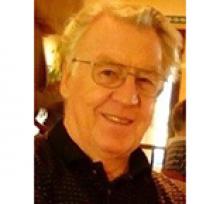 WILLIAM (BILL) WELSH It is with deep sadness that we announce the sudden passing of William (Bill) Welsh on Saturday, August 26, 2017. Bill will be greatly missed by his wife of 59 years, Moira; sons, Ken (Brenda) and Andrew; his brother Charlie (Celia); and his grandchildren, Ryan, Brendon, Christa, Corey, Ted and Julianna. Bill was born on January 12, 1936 in Dundee, Scotland. He received a higher national degree in engineering and drafting and went on to become an officer in the Merchant Navy. After leaving the Merchant navy, Bill continued in his pursuit of higher learning, eventually obtaining his PHD in education. His career in teaching began in East Africa and included stops in Kelwood, Killarney and Winnipegosis. He served as vice-principal at Kildonan-East Collegiate for 25 years and then went on to become principal at River East Collegiate. Bill loved reading, tending his apple trees, harness racing (he served as secretary/treasurer of the Harness Horsemen Racing Association of Manitoba); and travelling - notably to Florida (every winter); England; Jamaica; and several trips back home to Scotland. Cremation has taken place. A Celebration of Life will be held at a date to be determined. In lieu of flowers, donations may be made to any Winnipeg animal shelter. KLASSEN FUNERAL HOME 1897 HENDERSON HWY 204-338-0331 Condolences may be sent to www.klassenfuneralhome.com