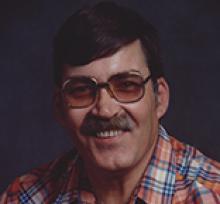 DAVID ALBERT VAN TORNHOUT Unexpectedly, on September 16, 2017, David Albert Van Tornhout, aged 73 years of Ashern, MB, passed away at the Lakeshore General Hospital in Ashern, MB, with his family at his side. Dave was born on March 27, 1944 in Red Lake, Ontario. He was known as Albert David Karst and, at the age of two, was taken into care and his name changed to David Albert Van Tornhout when he was 16. He leaves to mourn his passing his wife Frances; his sons John, Raymond and Michael; daughter Barbara; 16 grandchildren; seven great-grandchildren; niece Karen and nephew Kelly, along with numerous other family members and friends. Dave was predeceased by his parents Kathleen and Marcel Van Tornhout, and his brother Allen Van Tornhout. A Funeral Mass will be held at 3:00 p.m. on Saturday, September 23, 2017 in the Holy Cross Roman Catholic Church with Fr Darius officiating. Viewing will be held one hour prior to the service. Lunch will follow in the Ashern Legion Hall. Cremation will take place and a private family interment will be held at a later date. Pallbearers will be Lance Wilson, James DeGroot, Filip Wycixlak, David Stolwyk, Clint Nabess and John Markman. Honorary pallbearers will be Melanie and Joel Treleman, as well as all of Dave's friends at the Ashern Support Centre. A special thank you to all the staff of the Lakeshore General Hospital and the EMS who worked so hard to help Dave. Also to John and Karen Gray and staff of Arnason Funeral Home for their support and care. If friends so desire, donations may be made in Dave's memory to the Ashern Support Centre, PO Box 779, Ashern, MB R0C 0E0. Arrangements by: ARNASON FUNERAL HOME Ashern - Lundar 1-204-768-2072 1-866-323-3593