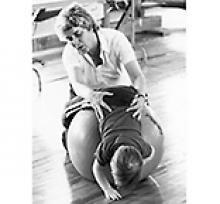 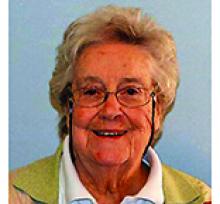 JANE (RAWSON) EVANS B.A., B.Ed., DPE., MSc., PhD. 1931 - 2017 Jane was born in Sunnybrae, Nova Scotia. She was the only child of Earlen Rawson and Anne Victoria ("Annie V") Macdonald. Earlen, a First World War Canadian Flying Corps Veteran, had come to Sunnybrae from Coldwater, Ontario, as a Construction Engineer charged with building the Guysborough Railroad. Annie V was a Nurse in the village and proprietor of the Terrace Hotel, her family home, located across the street from the Sunnybrae Train Depot. Stepping down from the train, Earlen caught a glimpse of Annie V and realized, "that's the girl I'll marry." He did so in April, 1930. On March 14, 1931, Jane was born, in the front room of the Terrace Hotel. Within the year, Earlen was transferred to a remote railroad construction site in Fraserdale, Northern Ontario. While boarding a train to return home to Sunnybrae and his family, he slipped under the train and suffered mortal injuries. His wife came to his side at the Wellesley Hospital, Toronto, but his young daughter never knew him. Jane was raised in Sunnybrae by her Mother, with help from her Grandmother and Uncle, "Si". By her account, she had a wonderful and precocious childhood writing articles for the New Glasgow newspaper by age 10, and travelling alone on the train into "town" for Music lessons and "the Festival" -which she never won despite, at times, being the only participant in her category. Undaunted, her profound love of Music persisted throughout her life and she played the organ in Church and taught piano to village children in her retirement. Jane was educated in the two-room school "up the hill" from her home in the village and was galvanized by a dynamic teacher and subsequent lifelong friend, Dorothy L. Macdonald, to go on to University. This she did with vigour, earning a B.A. in English from Acadia (1951), a BEd, from Saint Francis Xavier (1953 - "as a Presbyterian abstaining from kissing the Bishop's ring"), and a Diploma in Education from Dalhousie (1955). A life long learner, she carried on to Post Graduate studies while teaching as an Assistant Professor in the Faculty of Education at the University of Manitoba. She earned her Masters Degree in Physical Education from the University of Wisconsin, Lacrosse in 1970, and PhD in the area of "Physical Education for Exceptional Children" from The Ohio State University, Columbus, Ohio, in 1972. There, she became a lifelong Buckeye Football fan, returning several times to "the Horseshoe on the Olentangy" with her son for games, and never missing a televised contest into her 86th year - especially OSU - Michigan. Over her career, Jane taught at Edgehill School, East Pictou Rural High School, Halifax West High School, the University of Manitoba - where, as a rookie Coach she willed the Women's Basketball team to its first championship in 1957, The Ohio State University, Brock University - where she chaired the Department of Physical Education, and, post her "retirement," at Saint Francis Xavier University. During her University years, Jane was a recipient of numerous major research grants, authored a multitude of peer reviewed research articles and published two textbooks in her field of Movement Education, "They Have to be Carefully Taught" and "Let's Dance". Jane founded the Manitoba International Dance Festival in 1965, The Manitoba Children's Dance Festival in 1966, and was instrumental in the development of a provincial Adapted Physical Education Curriculum for children with special needs in Manitoba. Jane "retired" from teaching at Brock University, as a full Professor, in 1991. In her retirement, she continued to pepper the newspaper on issues of the day and published two further books, "Ah 'Tis a Sunny Brae" and "From Scenes Like These" concerning the history and people of her beloved home, Sunnybrae. Along the way, Jane also had time for a family of her own. She married the "man of my dreams", "R.T." Evans, the 1956 Manitoba Gymnastics Champion, after he courted her by performing handstands on the rafters of her Basketball team's practice gymnasium at the University of Manitoba in 1957. That "courtship", inevitably, led to marriage and one child, Tom, born in 1958. Though a mercurial figure, "RT" remained "the love of my life", a profound influence, and the topic of much story telling even after his death in 2003. Jane moved from her family home of three generations in Sunnybrae to Moncton in 2004 to be nearer her son and two grandchildren, Selby and Noah. There, she became active in the women's Probus Club, a regular for Breakfast and the Globe at Hynes restaurant, and a stalwart member of the Congregation of the Cherryfield Baptist Church. Jane died peacefully at the Moncton Hospital on September 22, 2017. Asked about her life, Jane always simply and immediately replied, "I had a ball." Asked of any regrets, she could not name any. Asked of what she was most proud, she said, "I was a good Teacher....I was always prepared, I taught well". Jane will be well and truly remembered, and profoundly missed, by an eternally grateful son whom she "got through Medicine", and by her grandchildren Selby and Noah, and by friends and colleagues in Education across North America. A Memorial Service will be held on Friday, October 6, 2017 at 7:00 p.m., at the Cherryfield Baptist Church, 1199 McLaughlin Road, Moncton. An informal Funeral Service will be held at the Sunnybrae Cemetery, the East River West Side Road (Route 348), Sunnybrae, Nova Scotia, Saturday, October 7 at 4:00 p.m. Condolences and reminiscences may be emailed to rte3holding@gmail.com or by post to Dr. Tom Evans care of Frenette's Funeral Home, 88 Church Street, Moncton, NB E1C 4Z5. "These have been ours, the burnished slopes of Gaspereau. A thousand friends. The amber leaves that turn to snow when Autumn ends. The melting snows, a Springtime flood of bloom; A graduation march, an empty room."