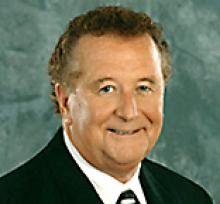 RAYMOND CHARLES WILLIAM TURNBULL July 19, 1939 - October 6, 2017 Raymond "Moosie" Turnbull was born in Huntsville, Ontario in 1939 to Reginald "Moose" Turnbull and Evelyn (Collister) Turnbull. The family moved to Orillia, Ontario in 1940 where brother Kenneth Turnbull was born in 1941. The family moved frequently until they settled in Fort Gary, Winnipeg in 1950. Ray went to General Steel Grade School, Viscount Alexander, River Heights, and Kelvin High School. Ray was an accomplished athlete and played numerous sports. He was extraordinarily competitive, he loved football and played for Kelvin, Weston Wildcats, the Elmwood Colts and attended the Winnipeg Blue Bomber camp in 1958 (weighing in at 179 lbs.). As a young man Ray worked as a waiter and a chef on CN passenger trains coast to coast. This is where he honed his culinary skills becoming "The Sauce Boss" - his spaghetti, salsa and BBQ ribs are legendary. He was a lifetime member of The Blossom Boys; a group of men who enjoyed playing sport and sharing a drink or two at the St James Pub. One of his few regrets was never bringing home "The Toilette Bowl" (football) Trophy. Cards were also important to Ray. From playing Bridge with his friends in Fort Gary to Gin with his grandchildren at the lake there was always a deck of cards on hand. Golf provided him with many hours of pleasureand frustration. He might argue that he performed better on the 19th hole than on the course. From the moment he met Dr. Dave Braunstein (Terry and Ron's father) curling became Ray's true passion and The Granite Curling Club his second home. Ray was a fixture at the Granite where he was a curler, sponsor, president, benefactor and honourary life member. His curling accolades are well documented and are too numerous to list but alongside competing on championship teams Ray was a renowned curling coach, instructor, umpire, equipment supplier and broadcaster. In 1963 Ray married Valerie Kaplan and they had three children. Leanne, Lori, Scott and the family grew up in River Heights. In 1966 Ray established Ray Turnbull Ltd. The company became Turnbull/Whitaker Insurance in 1983. Alongside his partners, Bob Whitaker, daughter Lori King and son Reg Turnbull the business grew into a successful Insurance Brokerage firm. Ray married Jane Toffan in 1987 and they were joined by twin boys Reg (Inturn) and Al (Outturn) in 1991. In recent years Raymond could be found every weekday morning solving the world's problems with friends at The Salisbury House before heading off to work. Ray was a proud father and spent many wonderful years supporting his kids in their sporting, academic and personal endeavors. Along with his brother Ken and sister-in-law Evelyn the families all enjoyed many great times at Lake of the Woods. Ray was happiest at "The Lake" surrounded by family and friends with a glass of red wine in his hand. Ray was predeceased this past year by his son Scott Douglas Turnbull. Raymond's legacy will be kept alive by his wife Jane Turnbull, sons Reg (Erica Hersey) and Al Turnbull, daughters Leanne Pooley (Dean Pooley) and Lori King (Allan King), his grandchildren Ella and Grace Pooley, Lucas, Myles and Noah King, Sophia and Steffen Turnbull, brother Ken and sister-in-law Evelyn Turnbull. Along with his many good friends, extended family, fans and curlers around the world. A celebration of life will take place at the St. Charles Country Club, 100 Country Club Blvd. at 2:00 p.m. on Friday, October 13, 2017. In lieu of flowers donations may be made in Ray's honour to the Ray Turnbull Memorial Curling Fund held at the Winnipeg Foundation: www.wpgfdn.org/RayTurnbull. E.J. COUTU & CO. FUNERAL DIRECTORS 680 Archibald Street 204-253-5086 ejcoutu.com