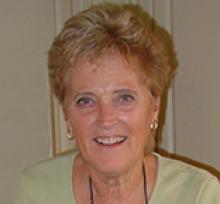 PATRICIA FAITH SIGFUSSON 1943 - 2017 It is with profound sadness that we announce the passing of Patricia. On October 11, 2017 in Tijuana, Mexico, while receiving treatments for liver cancer, she succumbed after a valiant battle. Pat will be truly missed by son Warren; her grandson Leif (his mom, Cheri); son Wade (Jennifer), grandchildren Hayley, Abbey and Colby; brothers: Tommy (Maureen) Johnson, sons Mark (Kristina), Gord (Amanda) and Jamie (Sandra); Stephen (Verna) Johnson and daughters Krista (Mark) Klatt and Amber (Jason); sisters: Hope (Brian) Sigfusson, sons Dwayne (Trudi) and Grant (Michele); Rose (Bob) Benedictson, daughters Tanis (Cam) Scott and Trina (Jarett) Reid; sisters-in-law: Doris Johnson and children Dean (Larissa) and Becky (James) McGillan; Ellen (Jim) Gleich and children Curtis (Armelle), Kyle and Vanessa (Joe), along with many great-nephews and nieces. Pat was predeceased by her husband David in June 2016, her parents Ben and Irene Johnson, her brother Benny, nephew Brent, and nieces Serena and Kelsey. Pat was a very determined and independent lady who had a keen sense of wonder. Her early school years were spent in the one room Camper School and later high school in Lundar. She would go on to graduate from Winnipeg General Hospital School of Nursing in 1965. After spending a year working in Churchill, she realized her dream to circle the globe, travelling with her friend Jean Mckee making many stories and friends along the way. In 1967, Pat married David and started her family continuing with her career at the Eriksdale hospital. She graduated from the University of Manitoba with a Bachelor of Nursing Degree in 1991, the same year as her son Warren. She later worked at the Personal Care Home in Lundar until retirement. She had an amazing energy finding time for all her hobbies including baseball, golfing, curling, photography, reading and travelling. Her adventurous spirit led her to visit every corner of the earth, making many friends along the way. She was also an active member of Lundar Ladies Aid, Grettir, Ladies Curling Club and the Library Board. Pat was ahead of her time; she studied and researched the game of hockey and became one of the first female coaches of her day. She placed a strong emphasis on skating and drills during her practices. She coached her sons at various stages up until the age of 11, she then moved into a management role. As the boys grew older, she chose to enjoy watching them from the stands, continuing her great interest and involvement with her sons' hockey. Nature was a big part of her life. She spent hours in her flower beds and vegetable gardens until her yard was weed free and picturesque. Picking raspberries, strawberries, saskatoons and cranberries was a necessary yearly ritual for Pat. Much to her delight, deer and fox families roamed freely through her yard; the animals were a source of entertainment and provided endless opportunities for great pictures. Pat also loved spending time relaxing with family at the lake. Family was extremely important to her. She took great pride in her sons' involvement in the success of Sigfusson Northern. Her grandchildren were the "apple of her eye". She spent as much time as possible watching their many educational and sporting events as she had done with her sons. She was one of their biggest fans and she will forever have a place of honour in the stands, proudly cheering them on. Pat was the glue that held our family together and always volunteered to host family gatherings for holidays and other events. Her pool was a hub of activity all summer with friends and family. We will all miss her cheery personality and smiling face. May you rest in peace! A celebration honouring the life of Pat will be held at 2:00 p.m. on Friday, October 27, 2017 in the Lundar Curling Rink with Pastor Stan Richards officiating. An interment will take place in the Lundar Municipal Cemetery following the service, all are welcome. Parking is available north of cemetery. The luncheon will be held following the interment. In lieu of flowers, donations may be made to the Lundar Sportsplex c/o Grettir Co-op Inc., PO Box 334, Lundar, MB R0C 1Y0. Arrangements by: ARNASON FUNERAL HOME Ashern - Lundar 1.204.768.2072 1.866.323.3593