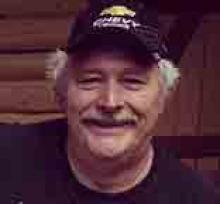 TONY WADDELL It is with heavy hearts we announce the sudden passing of Tony Waddell on October 18, 2017. Tony was born in Chesley, ON on July 30, 1958. He moved to Moosehorn, MB at the age of two and went to school in Spearhill and Ashern. He had chores and responsibilities throughout his childhood on the family farm. After graduating, he studied Agriculture at the University of Manitoba. He then worked in Flin Flon in the Smelting Mines. In 1979 he met the love of his life, Renee Townsend, and the two were married in 1980. He began his long career with Manitoba Hydro in 1985. They welcomed their daughter on May 29, 1987 and their son on February 25, 1997. Tony retired after 31 years from Manitoba Hydro in April 2016. Tony's passions included hunting, snowmobiling, quadding and playing Diggy's on his computer. He was always willing to lend a helping hand. He loved spending time with his grandchildren, helping his son with his workouts, and having a few drinks with his daughter and son-in-law. He enjoyed his long phone conversations with one of his best friends, Will. In his retirement, this past summer he was able to appreciate a trip to British Columbia. Tony was predeceased by his parents, Carl and Yvonne, his father-in-law Arthur Townsend, his nephew Blaine, and his best friend Ron Milne. He leaves to mourn his devoted wife and soulmate of 37 years, Renee; his son Connor; his daughter Jen (Jeff); his grandchildren Jade, Georgia and Colt; sister Terry (Jack); brother Wade; mother-in-law Esther; sister-in-law Debbie (Russell); sister-in-law Cindy (Steve); many nieces and nephews; his best friend Will (Betty-Anne), along with family and friends. We would like to express a very special thank you to Jim. As per Tony's wishes, cremation has taken place and there will be no funeral service. In lieu of flowers, donations may be made to the Winnipeg Humane Society, 45 Hurst Way, Winnipeg, MB R3T 0R3. Arrangements by: ARNASON FUNERAL HOME Ashern - Lundar 1-204-768-2072 1-866-323-3593