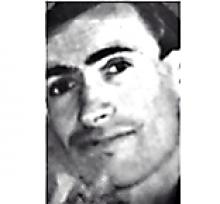 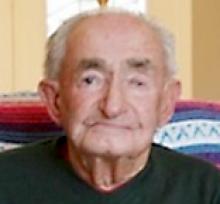 MICHAEL CHIZDA April 14, 1914 October 15, 2017 Our father was an amazing man who embodied the word resilience. His life began in the small town of Stawiski, Poland, where he was one of six children born to Inda and Leonard Chizda. He had a hard go of it from the beginning as his father was away at war and his mother was on her own to care for her children. He had polio as a child and when he was five his mother told him that his survival was a testament to her faith. As soon as he could get out of school, our father began apprenticing as a tailor and told us a story of how he was heartbroken when his parents bought a cow with his meager earnings when he had been dreaming of a bicycle. He continued to work as a tailor, married Dina and they had a daughter, Chai. Life changed dramatically in 1939 and by 1945 our father was the lone survivor of his immediate family. In 1948 he immigrated to Winnipeg and worked in the garment industry making womens coats. Ten years later he bought a grocery store, met and married our mother Dorina, and together they had four children. Next, our father bought a hotel and there he spent the rest of his working years. He used to travel every winter and the year he vacationed in Hawaii he said he had found paradise on earth. He soon bought a condo there and became a snowbird. In Hawaii he met Alicia and for 20 years they swam, danced, went for long walks, indulged in their daily happy hour and truly enjoyed each other's company. He also found a community of fellow Jewish snowbirds and they would congregate daily on the beach under the straw umbrellas, so much so that on occasion mail would be delivered there for someone in the group. He had the privilege of this idyllic life until 2012 and then it was time to clip his wings and he settled in Nova Scotia with his daughter Inda. But, there was one more trip left in him and in 2013 he spent seven weeks in Cuba. Living in Nova Scotia he would swim three times a week at the local YMCA where, on his hundredth birthday, they gave him a lifetime membership. Weather permitting he spent most of his time outside enjoying the sunshine and listening to the birds. In January of 2017 our father moved into the Oddfellows Home where once again he found himself a community of similar others; there he continued to enjoy sunny days and the many activities available at the home. It became apparent to us that our resilient father was tired and getting a little uncomfortable in his body, so on Sunday night, surrounded by those that loved him; he closed his eyes one last time. He will be greatly missed by his son Leonard, his son David and his wife Kerry, his son Aaron, and his daughter Inda and her wife Valda; his grandchildren Jared, Carly, Zac, Aaron, Haley, Evan, Jordon and Seth. We want to extend heartfelt thanks to Inda and Valda. They opened their hearts and home to him and in doing so made the final chapter of his life a loving, familiar, safe and comfortable one. Words cannot express what your kindness and generosity has meant to us. We should all be so lucky as to have angels such as these in our lives.