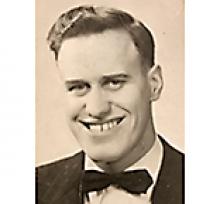 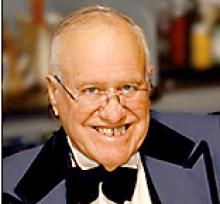 GERALD (JERRY) EDGAR WEBB Gerald (Jerry) Edgar Webb, 84, of Winnipeg, MB, passed away on Friday, October 27, 2017. Jerry is survived by his wife Edith; children: Nancy Todd (Chuck), of Onida, SD, James Webb (Esther) of Swan River, MB, Miriam (Bruce) Chill of Scottsdale, AZ, Gerald (Jed) (Lisa) of Summerland, BC and Dan (Deborah) of Lexington, SC; grandchildren: Charles (Katelyn), Michael, and Timothy Todd; Savanna (Carson) McKay, Tiffany Webb; Jonathon (Candace) Chill, Andrew (Bethany) Chill, Amanda (Shad) Finley, Jacob and Jaden Webb, Ethan and Emma Webb; and great-grandchildren: Ian, Lia and Trevor Finley, as well as his brother and wife Jim and Muriel, and many nieces and nephews. He was predeceased by his mother and father, infant son, John Murray, and brothers Donny and Neil Webb. Childhood was spent in and around Kenora with his three brothers. When he moved to Winnipeg, he worked as a CPR telegraph delivery, in sales and attended Winnipeg Bible College. On October 11, 1958, he married Edith Irene Durston of Dauphin. To this union six children were born. Jerry spent 26 years as the Massey Ferguson dealer in Swan River MB. Upon retiring in 1989, Jerry and Edith moved to Winnipeg. Retirement didn't seem to work for Jerry, so he got into real estate and also worked at the Convergys call centre. He has always been active in his church, Toastmasters and several other organizations. He was a people person and engaged people wherever he was. He has an extensive library that he loved to read. Jerry vigorously wrote articles on his IPad which he shared with his church community, family and friends. He wrote the book "How to Make the Deal Nobody Else Can Make!" recapping stories and principals of his sales career. Cooking was a skill he developed over the years. He cooked many meals for friends and family. Travelling was something that Jerry loved. He and Edith enjoyed many trips around the world but visiting the kids and grandkids was the highlight as the years went by. Jerry's salvation and faith in God as a Christian was something for which he was grateful and it wasn't far from his heart and mind. He shared his faith with his family in many places and with many people. He was always giving and encouraging others with a special word or gift. He willingly lent a helping hand to others around him. The viewing at 10:00 a.m., and funeral service will be held on Saturday, November 4, 2017 at 11:00 a.m. at the Parkview Street Gospel Hall, 234 Parkview St., Winnipeg, MB, with a reception to follow the service. Interment will take place at 4:00 p.m. in Evergreen Memorial Gardens, Portage la Prairie. If friends so desire, donations may be made to the Union Gospel Mission, Winnipeg. Remembrances and condolences may be shared with the family at www.ronaldmoffitmemorialservices.com /obituaries Arrangements entrusted to Ronald Moffit Memorial Services. (204-856-3487)