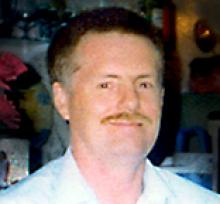 ROBERT GORDON LAURIE It is with a heavy heart that the family of Robert Gordon Laurie announces his passing on November 1, 2017. He passed away with family by his side. Dad was born in Winnipeg on June 3, 1947. Although a man of many talents, Dad worked mainly as a mechanic and professional long-haul driver/owner operator. There was nothing our dad couldn't fix. Dad shared his knowledge and abilities with his children, spending hours in the garage or kitchen, depending on the types of projects. Dad possessed a wonderful sense of humour, with which he kept both family and friends, entertained. In spite of a severe stroke, which affected his mobility and his ability to communicate verbally, he dealt with this for nearly three years with courage, humour and dignity. Dad was predeceased by his father Robert (Gordon) Laurie, his brother Kenneth Laurie and his in-laws, Bobby and Simone (Mame) Berger. Dad is survived by his mother Kay Laurie, brother Doug Laurie and sister Kathy (Jim) LaRocque, as well as his wife of 51 years, Claudette (Berger), his three sons and daughter and their families: Robert (RJ, Garrett and their mother Dianna Glass); Edward (Justin, Kenny/Brittany and their mother Sheri Sharp; Christopher); Stephen; Michelle and husband, Blake, (Jamie-Marie/Adam, Brianne/Mike, Alicia/Koda, Désirée/Derek). He will also be remembered by his nine great-grandchildren, his nieces, nephews and of course, his four sisters-in-law and their partners. The family would like to thank Dad's caregiver, Bridget Rolland, who took such gentle care of him at home; to his physician, Dr. Edward Pilat; and to Dr. Moran DeMueller and the staff on 5S at the Victoria Hospital for their diligence in trying to get Dad home and finally to keep him comfortable, we are also thankful. Arrangements made with Thomson Funeral Home on Broadway. A gathering of family and friends will be held at a later date, a notice will follow with service information. THOMSON FUNERAL HOME 669 BROADWAY, WINNIPEG, MB R3C 0X4 (204) 783-7211 Condolences may be sent to www.thomsonfuneralchapel.com