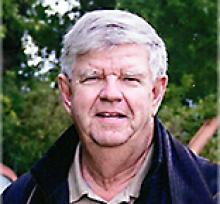 BARRY RANDELL It is with profound sadness that we announce the passing of Barry Douglas Randell, of Gilbert Plains, MB on November 7, 2017, at the Grandview District Hospital. With dignity and humour, Barry suffered a long and difficult journey with prostate and metastatic bone cancer. Barry was born in Grandview, MB, on August 29, 1946 and raised on the family century farm in Gilbert Plains. Barry graduated from Gilbert Plains Collegiate Institute in 1964 and from the University of Manitoba in 1968 with a degree in Agriculture. Barry was proud to be an "Aggie", and remained friends with many classmates for the rest of his life. Barry will be deeply missed and forever remembered by his wife José (nee Dugal), daughter Margot (Dave), and his beloved granddaughter Jordan Randell. He is survived by his brother Wayne, sister-in-law Shirley, sisters-in-law Marie Medhurst (Grant) and Danielle Kaiser (Greg), brothers-in-law, Luc Dugal, Louis Dugal and Paul Dugal (Dianne), and many cousins, nieces, nephews, and friends, especially Dave and Kristine Butler, Jayna and Evan. Barry was predeceased by his parents, Marion Charlotte McIntyre Randell and Donald B. Randell, an infant brother Robert, his mother-in-law Raymonde and father-in-law Lou Dugal. Barry lived his entire life in Gilbert Plains, and held a strong community commitment. His life goal and dream was to farm, and that he did successfully for over 50 years, until ill health forced him to retire. Barry married José Dugal in 1973 and they lived in the ancestral home until 2001. Being allergic to all forms of animals, Barry was content to operate a grain farm. In 1976 he proudly became a father to Margot, he cherished his involvement in her scholastic and sport activities. In 1997 his granddaughter Jordan was born. Jordan and Barry formed an immediate bond; sharing a love of the land, of machinery and all farm related activities. He was so proud that Jordan would follow in his footsteps and pursue a career in agriculture. Barry enjoyed the family cabin at Clear Lake, a cabin which he helped to build. It was a place to relax and visit with friends and neighbours. Barry was involved in the community and the world of agriculture. He was in the Gilbert Plains Lions Club for 30 years, serving in various roles; including acting as Santa Claus during the Skate with Santa program, and for many years, taking charge of the Lions Food Booth during the annual summer fair. He was a founding member and Chair of the Gilbert Plains Home and School Association, a founding member and president of the Gilbert Plains Fitness Centre, a past Board member of the Gilbert Plains Country Club, a past Board member of Chatsworth Cemetery, a volunteer with the Neighbourhood Watch Program, a member of Galaxy Theatre and a lifelong member of the Gilbert Plains Grandview Agricultural Society. Barry often took on many "unofficial "roles supporting José's volunteer endeavours in the hopes of community betterment, local entertainment and advocacy work. Barry was a local delegate of Manitoba Pool Elevators and a Director of Manitoba Pool Elevators for many years. He was a Director of Prairie Pools and later Agricore. He was a director of the Canola Council, and during retirement; he became a director of the Agricultural Hall of Fame of Manitoba. In 2006, to celebrate the centennial of Gilbert Plains, Barry wrote a book, detailing the history of the country schools of the municipality. Barry loved to work with his hands and was a capable carpenter, building furniture and toys. He was an avid reader, especially enjoying literature pertaining to war. He was keenly interested in all aspects of both World Wars, and satisfied his curiosity by visiting the Battle Fields of France and Belgium in 2011. Barry loved recreation including bowling, golf, badminton, cross country skiing and curling. He was a regular at the local coffee shop every morning and most afternoons. Barry was a kind, generous, gentle and loving individual. A steadfast listener, loyal friend and compassion were characteristic of Barry's dedication to others. He was a true gentleman. He faced his many health issues with patience, tenacity, strength and courage. Barry maintained his keen sense of humour until his final days, enduring the cancer journey admirably. The family is very grateful to Dr. Jim Rae of Grandview for his exceptional care of Barry, as well as the staff of the Grandview Hospital for their compassion, excellence of medical and palliative care, friendship and love, extended to Barry's family and dear friends, during his four months in their facility. To CancerCare Manitoba in Winnipeg and Brandon, the radiation staff in Brandon and the management of Murray House in Brandon. To Dr. Michael Penrose and the staff of the chemo unit at the Dauphin Regional Health Centre, and Dr. Riley Smith and the staff of the Palliative Program at the Dauphin Regional Health Centre. The Funeral Mass for Barry will take place on Saturday, November 18, 2017 at 11:00 a.m. at St. Viator's Roman Catholic Church in Dauphin, MB with Father José Cabral celebrating. Interment will follow at Chatsworth Cemetery in Gilbert Plains. In lieu of flowers, donations in Barry's memory may be made to the Gilbert Plains Community Fund, Box 321, Gilbert Plains, MB R0L 0X0 or to Murray House, 521 Frederick St., Brandon, MB R7A 5L1. Sneath-Strilchuk -Dauphin Chapel 204-638-4110 www.sneathstrilchuk.com