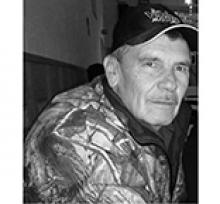 EDWARD JOSEPH KNOWLES With great sadness and heavy hearts, we announce the passing of our beloved husband, father, and Papa, Edward Joseph Knowles on November 7, 2017, at the age of 63, at Percy Moore Hospital, surrounded by his family. Edward is survived by his loving wife of 37 years, Donna, his four children, Chantel (James), Ashley (Terry), Candace (Cory), and Edward (Amy); 11 grandchildren; brother Oliver (Sophie); sister Irene (Mike); and his mother-in-law Ida Hobden. He was predeceased by his dad Edward, mom Mary, and sister Elsie. Edward was born and raised on his family homestead in the Marble Ridge area. He started working at a very young age, and eventually found his passion as a Loader Operator. He was a very hardworking, kind, compassionate, loving man and a friend to all. Edward was never happier than when he was surrounded by his family, and the importance of family was a virtue he instilled in each and every one of his children. A memorial service will be held at 11:00 a.m. on November 25, 2017 at the Roman Catholic Church in Fisher Branch, MB. The family would like to extend heartfelt thanks to Dr. Crook, Dr. Ismail, and the Nursing Staff at Percy Moore Hospital for their supportive, compassionate care. FISHER FUNERAL HOME INC. In care of arrangements. 204-372-6803 or 204-372-6271