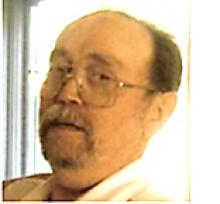 DENIS RAYMOND (RAY) JOYAL February 7, 1939 - December 23, 2017 Ray passed away on December 23, 2017 at the Ste. Anne Hospital, with his wife and family by his side. Ray worked as a cab driver/dispatcher for several years, but always said the best job he had was as a truck driver for Penner International. In 2014 Ray married the love of his life Sharon. They spent many happy years travelling. They also enjoyed being campground hosts for 10 years at Grand Beach, and then moving to summer at Hillside. Ray enjoyed his many years at the crib club, and socializing with friends and family. Ray is survived by his wife Sharon, his children, Chris, Tannis, Lauri, Brent and Beau, his stepchildren Don, Fred and Trisha, as well as his second family Victoria, Renee, Natasha, Justin, Damien, Dylan and Richelle; brother Dennis, many grandchildren and great-grandchildren. A come and go celebration of Ray's life will be held on Saturday, January 6, 2018 at Club Jovial, 157 Central Ave. in Ste. Anne, MB from 1:00 p.m. to 5:00 p.m. In lieu of flowers, donations to Salvation Army Heritage Park Temple, 825 School Rd., Winnipeg, MB R2Y 0S5. Eternal Grace Funerals 204-505-4559 eternalgracefunerals.ca