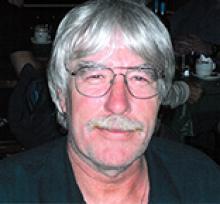 JAMES (JIM) CONACHER It is with deep sorrow that we announce the passing of our beloved Jim, on February 8, 2018, at the age of 63 years. He will be sadly missed by all who knew him. Jim is survived by his loving wife and best friend Ann, his sister-in-law Valerie, his niece Pamela, his nephew Daniel, friends and coworkers. He was predeceased by his mother Frances, in 2006 and his father Jim, in 2005. Jim was born in Regina and attended high school at West Kildonan Collegiate. He worked at Kelly & Webb from 1977 to 1992, McDowell Electric from 1993 to 2001 and B. A. Robinson from 2002 to present, as a purchasing agent. His passion was participating in sports. He was an avid curler and enjoyed playing fastball and slow pitch. Jim was the umpire in chief for the WCMSP league and thought umping slow pitch games was the greatest because of the people he met along the way. As per Jim's request, there will be no funeral service. The family would like to give thanks to the Concordia Hospital and all the doctors and staff who looked after him. In lieu of flowers, donations in Jim's memory may be made to any No Kill Cat Shelter. His beloved cats, Fuji, Ebony and Phoenix, will miss him dearly. KLASSEN Funeral Home 1897 Henderson Highway, Winnipeg, MB (204) 338 0331 Condolences may be sent to www.klassenfuneralhome.com