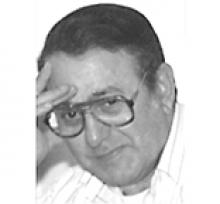 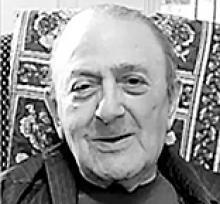 PAUL FARACI The Inventor of "PIZZA POPS" It is with sad hearts that we announce the passing of Paul Faraci at 89 years of age. Paul was born September 13, 1928 in Winnipeg, MB. He passed away February 6, 2018 in Vernon, BC. He is survived by his son Paul (Angela) Faraci (King City, ON), brother Phil (Clara) Faraci, sister-in-law Joan Faraci, grandchildren Chris Faraci, Jenn Campbell, Paull Faraci and Quinn Faraci, stepchildren Kerry and Chris Harrison, many nieces, nephews and great grandchildren. He will be sadly missed especially by his nephew, Phil (Cindy) Faraci and family, Philip and Anthony Faraci. Paul was predeceased by his parents, Phil and Michelina Faraci, sisters Antonina "Nellie" Faraci and Agnes "Tootsie" LaMonica, brother-in-law John LaMonica, niece Debbie LaMonica, brother Sam Faraci, first wife Belva, stepson Wayne Faraci, and son Rick Faraci. Paul was an entrepreneur. In the 1960s he owned many businesses such as The Fort Garry and St. Vital driving schools, restaurants, etc. Then he came up with an item that people loved and became a standard in which many people would try to copy, The Pizza Pop! Although he sold the Pizza Pops' business, he handed down the original recipe with hopes that one day the original Pizza Pops would be produced by his family again! Paul loved playing the horses, poker and later on in life visiting the casinos. Special thanks to Paull Faraci for looking after his Grampa these last few years. Cremation has taken place and Paul will be returned to Winnipeg and buried in the family plot with his mom and dad. A celebration of life will take place at a later date. Those we love we never lose, For always they will be, Loved, remembered, treasured, Always in our memory.