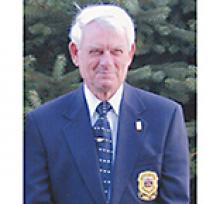 JOHN (CRAIG) WOOD It's with great sadness that we announce the passing of John "Craig" Wood on February 27, 2018 at Grace General Hospital, surrounded by his love of his life Gail and son Trent. Dad succumbed to a serious medical condition that occurred on February 10 at home. Dad was born in Winnipeg on April 28, 1937 and grew up on Furby Street, Fort Garry and St. James. He was an avid sports fan who loved the Winnipeg Jets, Detroit Red Wings and of course his beloved New York Yankees. Dad loved to talk sports while making satirical comments of other teams that we shared. He started his working career with T.E. Eaton Company in 1955 and after a few years moved to TCA where he worked in finance but found that this was not his passion. This developed into what Dad always said was the greatest job he could ever imagine. He joined the H.J. Heinz Company in 1962, as a superior salesman. Dad made so many friends with his infectious smile, honesty and integrity. He was committed to the company that he took pride working for. Dad was passionate about golf whether it was watching or participating. The countless friendships that he fostered and his accomplishments were many. Dad was the Captain of Southwood's Mundie Putter team that took the title in 1972. He was a team member of the Manitoba Senior team in 1994 and 2001 as well as the Senior Club Champion at Southwood Golf and Country Club in 2005. Competing in these events was something he was so proud of, but what was even more important was that he was representing Southwood Golf and Country Club where he was a member for 55 years. He cherished every moment that he could playing with Gail whether it was in Texas or Florida and even more after the round discussing, in detail, shot by shot over a cold one. We would like to express our sincere thanks to the staff at the Grace Hospital for their compassion, care and effort. We also would like to thank Ainslie, Tyler and Andrea for without their support we would have surely been lost. Craig leaves to mourn his wife of 54 years, Gail, his son Trent (Julie Sue), granddaughter Riley, sister Myrna (John), sister-in-law Janice (Ken), brother-in-law Paul, brother-in-law Reg (Josie), niece Andrea, niece Ainslie (Tyler), and many friends and extended family. He was predeceased by his mother Elsie, father John, and stepmother Vera. A Celebration of Life will be held on Tuesday, March 6 at 2:00 p.m. at Southwood Golf and Country Club, 80 Ruines du Monastere, access off of Waverley Street south of the perimeter. In lieu of flowers, please make any donations to the Winnipeg Humane Society in Craig's name. (204) 782-3541 www.kilcollinscremationservice.com