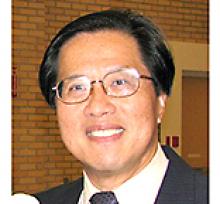 DR. BILL YUK ONG It is with heavy hearts that we announce the sudden passing of Dr. Bill Yuk Ong on Saturday, March 3, 2018, in his sleep at home, at the age of 68 years. Bill is survived by parents Don and Kwan Ong, his wife of 37 years, Dr. Virginia Fraser, son Dr. Edmund Ong, son Thomas with wife Nettie Rempel-Ong and their daughter Tirzah Hope, extended family, and many friends and colleagues. Bill was born October 9, 1949 in China and came to Winnipeg as a teenager, with his mother, joining his father in Winnipeg who had come to Canada earlier. Despite having to learn English quickly, Bill was an excellent student, and graduated in Medicine from the University of Manitoba in 1974. He enjoyed a successful career of over 35 years in anesthesia with the Health Sciences Centre based Anesthesia Group. A large part of his practice was at Seven Oaks Hospital, where he was also Surgical Bed Manager for a number of years. A devoted family man, Bill watched over his parents his entire life, and was very proud of his sons. Bill loved family dinners and vacations, and was the official photographer each time. Newly retired, he so enjoyed time with his young granddaughter, and the antics of a new puppy. Flowers are gratefully declined. If friends so desire, donations can be made to the: Seven Oaks Hospital Foundation (http://sogh.ca/foundation/donate) or the Assiniboine Park Conservancy (https://www.assiniboinepark.ca/park-landing/home/support-us/make-a-gift). A private family service is planned, and a reception for others will be announced in June. THOMSON FUNERAL HOME 669 BROADWAY, WINNIPEG, MB R3C 0X4 (204) 783-7211 Condolences may be sent to www.thomsonfuneralchapel.com