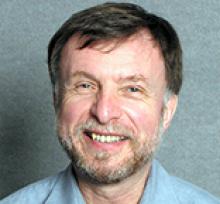 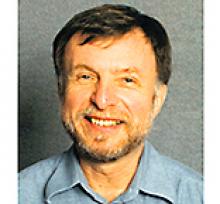 JAMES ERIC DEXTER It is with heavy hearts, that we announce the passing of James Dexter (Jim Dexter), our beloved husband, father, and grandfather. He left us peacefully on March 21, 2018 at the age of 71. Jim will be lovingly remembered by his wife, Dianne, of 44 years; daughter Jody, and grandson Ethan (Huston). He is also survived by sister Christine (Boser) and her husband Bob, brother-in-law Murray (Malcolmson) and his wife Linda, and many nieces and nephews. He was predeceased by his son David. Jim was a talented research scientist and was employed by the Canadian Grain Commission (CGC) for 34 years. He joined the CGC after completing his PhD in cereal chemistry under the direction of Dr. Bernard Dronzek at the University of Manitoba. He directed the Grain Research Laboratory's Milling Research Unit and his work led to making the practice of debranning durum wheat before milling which has become a common practice in the industry. Other highlights of Jim's career include: President of the American Association of Cereal Chemistry International (AACC), Chair of AACC Board of Directors, Fellow of AACC, recipient of the William F. Geddes Memorial Award and the Golden Jubilee Medal. Jim met Dianne early in his life as he successfully tutored her in Grade 12 math. As a graduate student, Jim had very little money, but he proposed to his true love and bought Dianne an engagement ring by living off hot dogs seven days a week. Together, they bore two children, Jody and David. With his family, Jim spent his summer days at Booster Lake at the Dronzek's family cabin. He also enjoyed family vacations to Hawaii, Europe, and Disneyland. He travelled extensively for work, and was a true world explorer. Jim and his wife attended many AACC conferences, and Jim was often known to meet with friends in the evening to share a glass of George Dickel or red wine. In his retirement, Jim and his wife looked forward to November each year as it signaled the time to escape the snow and to settle in at their friend's condo in Puerto Vallarta, Mexico. In Mexico, Jim learned Spanish and spent his time with friends playing poker and bridge. He also enjoyed the margaritas at Burro's Bar at happy hour and loved to walk the Malecon at sunset. Jim was a loyal friend and shared a love of sports, scotch and wine making with Tom Cascisa, Tom Dooley, Bernie Dronzek, Tex Crone, Larry Brown and Ernie Parrish. He was always rushing off to a Goldeyes baseball game or Bomber game, regardless of the weather. He enjoyed meeting his friends for breakfasts and drank dark roasted coffee. He and his mates would sip on well-aged scotch on warm summer nights in the backyard in the gazebo. Together, they made homemade wine, and Jim proudly stored it in his wine cellar in his basement which he called "Dexter's Dungeon". Jim was diagnosed with cancer in 2012 and fought a courageous battle for six years. He kept in good health by walking his beloved Boston Terrier, Marley, at Harbour View Dog Park each day. Jim received outstanding care from Dr. Czaykowski at CancerCare Manitoba and from the nurses and healthcare aids at Jocelyn House Hospice. In keeping with Jim's wishes, cremation and a private family memorial service and interment has taken place. Donations in Jim's memory may be made to Jocelyn House Hospice, through the Jocelyn Hutton Foundation. For those who wish to sign the online Guest Book please visit www.chapellawn.ca Chapel Lawn Funeral Home 204-885-9715
Publish Date: Mar 31, 2018

JAMES ERIC DEXTER James Eric Dexter, 71, peacefully passed away in his daughter's arms, Wednesday, March 21, 2018 at Jocelyn House in Winnipeg, Manitoba. He is survived by his wife Dianne Dexter, daughter Jody Dexter, and grandson Ethan Huston. He was predeceased by his son, David Dexter. Funeral services will be performed by Reverend Karen Toole at North Kildonan United Church on Wednesday, March 28, 2018 at 2:00 p.m. Donations to Jocelyn House or CancerCare Manitoba in his name would be lovingly appreciated by his immediate family. A full obituary will follow at a later date. For those who wish to sign the online Guest Book please visit www.chapellawn.ca Chapel Lawn Funeral Home 204-885-9715
Publish Date: Mar 24, 2018