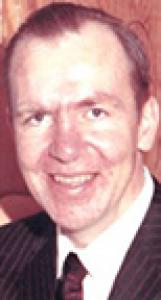 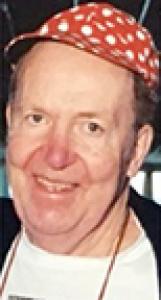 JOHN CLIFFORD (JACK) ROCKEY January 2, 1929 - March 20, 2018 Jack Rockey passed away on March 20, 2018 at the Middlechurch Home in West St. Paul. Jack Rockey was born on January 2, 1929 in Winnipeg. He grew up in Weston and graduated with his High School Diploma from Cecil Rhodes School. Diagnosed with epilepsy at the age of 14, the illness affected his life, but he did not let it control it. He was a resolute, even stubborn man. In high school, he still managed to play tight end as a football player by having someone replace him if he had a seizure. After school, he did Air Force basic training, worked as a butcher for five years, was a mink farmer for five years, was an apprentice railway fireman, worked in the shipping department of a hardware and an oil company, was a steelworker, worked in the Eaton's furniture department (where he learned how to get a sofa up three flights of stairs), worked as a groundman/timekeeper for Manitoba Hydro and worked for the University of Manitoba Agriculture Department helping plant researchers. He, unfortunately, lost some of these jobs when they found out he had epilepsy. Everything changed for Jack when he asked a young lady he knew casually through school and a church youth group if she liked horse racing. She accepted his invitation to go to the races with him and that began a life-long romance with the love of his life, Jean Endersby. He later proposed to her on the way back from a visit to a doctor's office after having received a head injury in a fall working on a friend's cottage. He had two rows of stitches but apparently was still attractive enough for Jean to say yes. They were married on March 21, 1970. After his marriage to Jean, Jack obtained work as a custodian with the Winnipeg school board. He worked as a custodian until his retirement in 1991. During this time, he also obtained his certification as a Fifth Class Power Engineer. Jack was very well read and had an interest in history. He owned many books on both local and world history. Together with his wife Jean, he also pursued an interest in genealogy, learning much about the Rockey and Storey families from which he was descended. Jack also preserved and saved family pictures and memorabilia, including his policeman father's whistle and First World War medals. He was also an avid sports fan. He and Jean shared season tickets for the Winnipeg Blue Bombers and tried never to miss a game. As well, Jack was a faithful member of the St. Thomas Anglican Church Congregation. After retirement, Jack and Jean, along with Jean's late cousin Muriel Ashton, enjoyed touring the world - the Panama Canal, Greece, Egypt, Jerusalem, the Caribbean, Europe, Hong Kong, China and so on. Together with Jean, Jack made a friend of practically everyone he met. He was famous for the red polka dot welder's cap that he wore almost everywhere. He loved to laugh and had a great sense of humour. His zest for life inspired those around him to also live each day to the fullest. He was also known for his eating ability. No turkey drumstick was safe in his presence at Christmas. Jack's ashes will be scattered at Poplar Bay Park on Lac du Bonnet where he and Jean parked their trailer and made many close friends. Jack was predeceased by his wife, Jean (nee Endersby), parents, George Wesley Rockey and Ellen Thompson Storey, his brother, William Ronald Rockey, niece and nephew-in-law, Barbara (Rockey) Rizzoli and Chris Rizzoli, his niece Sarah Jean Canvin, and brother-in-law, David Thomas Canvin. He is survived by his brother, Tom Rockey (Marjorie) (Carman) and sister-in-law, Nancy Rockey (Edmonton); sister-in-law Marie Canvin (Fairmount Home, Glenburnie), nieces and nephews: Elaine (Rockey) McMahon (Ken) (Roland), Martin Rockey (Diane) (Kamloops), George Rockey (Sheila) (Edmonton), James Rockey (Danyon) (Edmonton), John Rockey (Zoe) (Wetaskiwin), Janice (Rockey) Thomas (Edmonton), Steven Canvin (Liz) (Toronto), Paul Canvin (Terri-Lee) (Perth) and Robert Canvin (Snug Harbour Resort); many great-nieces and nephews, cherished cousins and friends. Many thanks to the staff at Middlechurch Home who took care of Jack in his final hours. A memorial service will be held for Jack and his wife Jean at St. Thomas Anglican Church, 1567 William Avenue West, Winnipeg, MB R3E 1A6 on Saturday, May 26, 2018 at 1:00 p.m. Memorial donations may be made to the charity of your choice. Bardal Funeral Home 843 Sherbrook Street, 204-774-7474 Condolences: www.bardal.ca